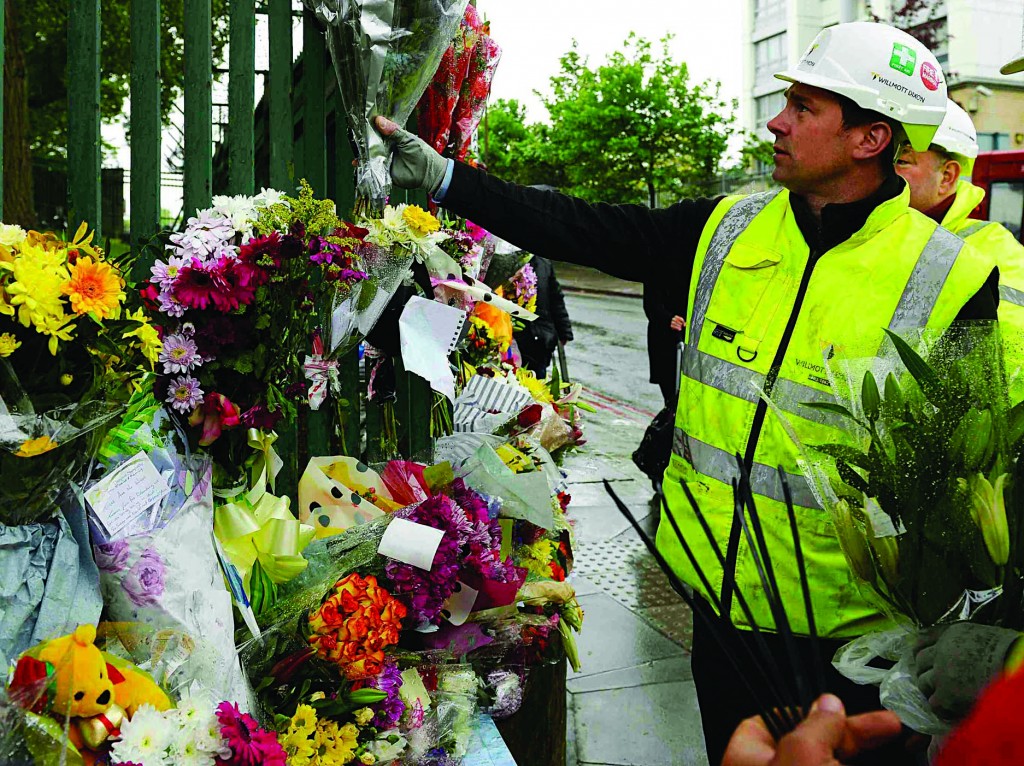 A suspect in last week’s savage killing of a British soldier on a London street was arrested in Kenya in 2010 while apparently preparing to train and fight with al-Qaida-linked Somali terrorists, an anti-terrorism police official said Sunday.

Michael Adebolajo, who was carrying a British passport, was then handed over to British authorities in the East African country, another Kenyan official said.

The arrest brought to nine the number of suspects who have been taken into custody regarding Rigby’s horrific killing in London. Two have been released without charge, and one was released on bail pending further questioning. No one has been charged in the case.

The British soldier, who had served in Afghanistan, was run over, then stabbed with knives in the Woolwich area in southeast London on Wednesday afternoon as he was walking near his barracks.

Adebolajo, 28, and Michael Adebowale, 22, are the main suspects in the killing and remained under armed guard in separate London hospitals after police shot them at the scene.

A video clip from a local media station appears to show Adebolajo speaking during a court hearing in the Kenyan city of Mombasa on Nov. 23, 2010. He says, “These people are mistreating us. We are innocent. Believe me,” shortly before leaving the court with five other suspects.

Mwaniki said that Adebolajo was deported from Kenya after his arrest in 2010. Kenya’s government spokesman said he was arrested under a different name, and taken to court before being handed to British authorities.

Kariuki said Adebolajo was traveling on a British passport, but he could not confirm if it was authentic.

When asked whether British security agents and embassy officials had handled Adebolajo in Kenya, a British Foreign Office spokeswoman said in a brief statement: “We can confirm a British national was arrested in Kenya in 2010. The Foreign and Commonwealth Office provided consular assistance as normal for British nationals.” She did not elaborate and said she did not have information about what had happened to Adebolajo then.

Rigby’s grieving family visited the scene of his killing in London on Sunday, pausing for a few moments in reflection and laying flowers to join the hundreds of floral tributes already left at the nearby Woolwich Barracks by well-wishers.

British officials have been on the lookout for security threats originating from Somalia for some years.

In a speech in 2010, Jonathan Evans, then head of Britain’s MI5 domestic security service, warned that “a significant number” of British residents were training in al-Shabab camps to fight in the insurgency there.

“I am concerned that it is only a matter of time before we see terrorism on our streets inspired by those who are today fighting alongside al-Shabab,” he said.

Meanwhile, London police said a man in his 20s was stabbed Sunday in the Woolwich area of London close to where Rigby was killed, momentarily rattling people in the area. But Scotland Yard said the stabbing was not related to terrorism or to Wednesday’s slaying. A spokesman said the victim was not a soldier, and one man was arrested for assault.