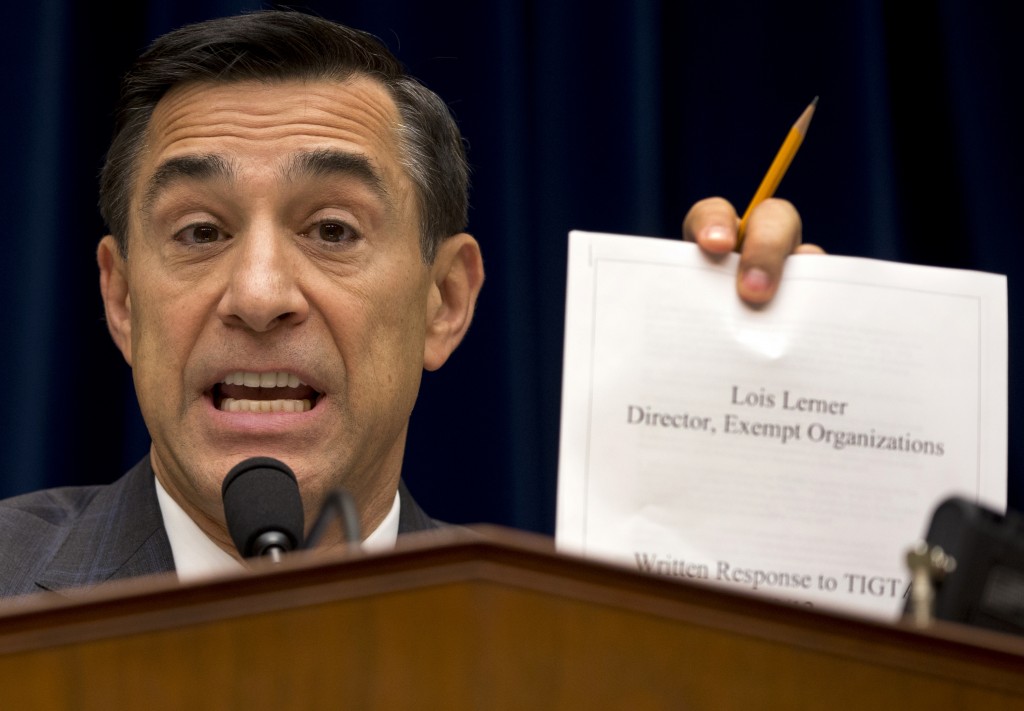 Republican Representative Darrell Issa said on Thursday he will call Internal Revenue Service official Lois Lerner back to testify before his committee on the IRS-Tea Party scandal after she asserted her constitutional right not to answer questions.

“We are obligated to bring Lerner back because she did not properly take the Fifth [Amendment],” Issa said.

“She clearly chose to make her statements and then not open herself up to even any questioning as to the statement she made,” said Issa, chairman of the House Oversight and Government Reform Committee.

He and other Republicans say they believe she forfeited her Fifth Amendment privilege not to testify by giving an opening statement in which she proclaimed her innocence, but several law professors were skeptical lawmakers could make that stick.

Issa later said he would consult with others — including her lawyer and House attorneys — before determining whether to summon her again, hopefully deciding by the time Congress returns early next month from an upcoming recess.

“She’s a fact witness with a tremendous amount that she could tell us,” Issa said.