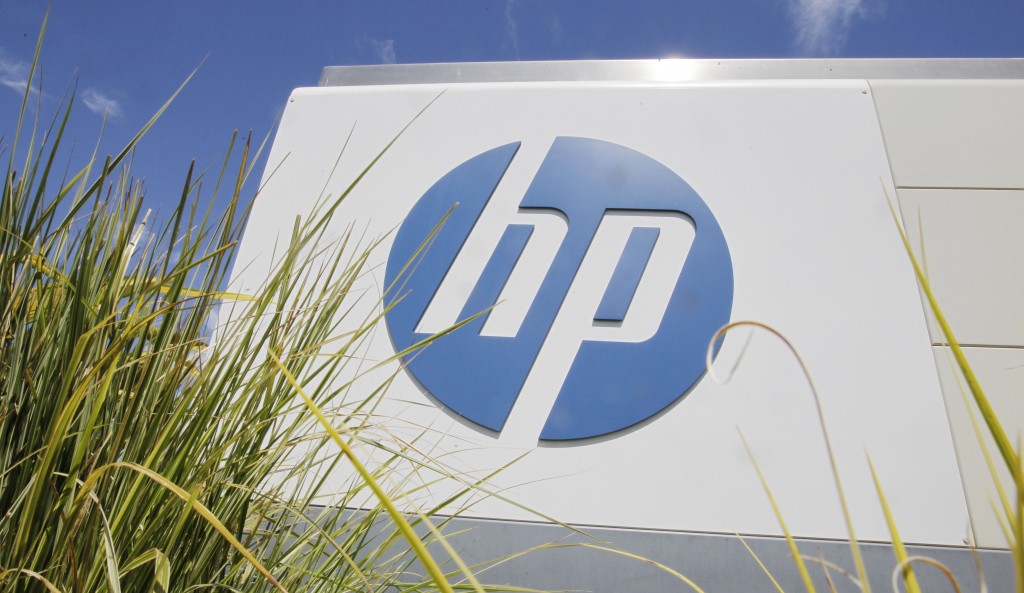 The latest evidence of Hewlett-Packard Co.’s continuing downfall came in a quarterly earnings report released Wednesday. The results included the seventh consecutive decline in HP’s quarterly revenue, compared with the same period the previous year. HP’s 10 percent decrease in revenue during the three months ending in April was the largest drop so far during the slump.

itman, a former CEO at eBay Inc. and defeated California gubernatorial candidate, who was hired to run HP in September 2011.

Whitman has repeatedly warned that HP’s revenue might not start growing at an acceptable rate for another year or two as she cuts costs, overhauls the company’s product line and pushes into more profitable niches in business software, data analysis and storage and technology consulting. In a Wednesday statement, she reiterated that the company remains in a “multi-year journey.”

“I am encouraged by our performance in the second quarter, and I feel good about the rest of the year,” Whitman said.

In a sign of optimism, HP predicted its earnings for the current quarter, ending in July, will be slightly better than analysts have been anticipating. Excluding certain items, the Palo Alto, Calif. company forecast earnings ranging from 84 cents to 87 cents per share. Analysts, on average, had projected 83 cents per share, according to FactSet.

Investors seemed to interpret the guidance as a sign that HP’s cost-cutting measures imposed by Whitman are starting to pay off, even as the company’s sales droop.

If not for certain items unrelated to its ongoing business, the Palo Alto, Calif. company said it would have earned 87 cents per share in its fiscal second quarter. That figure topped the average estimate of 81 cents per share among analysts surveyed by FactSet.

The troubles plaguing the company primarily stem from a lack of innovation and misguided acquisitions at a pivotal juncture in technology.

Since the release of Apple Inc.’s iPhone six years ago, consumers and corporate customers have been gravitating toward smartphones and tablet computers equipped with touchscreens and voice recognition technology. As these mobile devices add more features and grow increasingly powerful, their prices are falling too, making them even more attractive compared with laptop and desktop computers.

Like many other PC makers, HP was slow to respond to the shift, and then stumbled trying to catch up with Apple and manufacturers, such as Samsung Electronics, that make devices running Google Inc.’s Android operating system.

HP’s first foray into tablet computers and smartphones designed for the Palm operating system flopped two years ago. The company is now selling tablets running on Android and a recently introduced version of Windows, but it hasn’t re-entered the smartphone market yet.

Meanwhile, PCs remain more difficult to sell, as HP discovered in its latest quarter. The company’s revenue in the division that sells PCs fell 20 percent in the latest quarter. Cathie Lesjak, HP’s chief financial officer, described the market conditions as “very tough,” in an interview.

Printers are also falling out of vogue as mobile devices make it easier to quickly look up data, and services reduce the need for information on paper. HP fared better in the latest quarter than it has in recent periods, as its printer revenue dipped by just 1 percent.

Whitman believes HP can bounce back by inventing new technologies and packing them into appealing products more quickly, recapturing the spirit the company established as a Silicon Valley pioneer nearly three-quarters of a century ago.

The effectiveness of Whitman’s strategy is likely to be tested during the next few months, as HP releases another wave of PCs that have touchscreens, and tablets in different sizes. HP is lowering the prices on its upcoming touchscreen PCs in an effort to lure more consumers.

All the new devices are expected to be on the market in time for the back-to-school season.

Most of HP’s devices are running on the latest version of Windows that Microsoft Corp. released seven months ago. The dramatic overhaul of the operating system, called Windows 8, is designed to be controlled both by touch and the traditional method of using a keyboard or mouse. Despite a massive marketing campaign by Microsoft, Windows 8 got off to a slow start, partly because some of its features frustrated and confused longtime users who preferred the old setup.

The backlash prompted Microsoft to fine-tune the system, in a series of changes that will be rolled out later this year as Windows 8.1. Microsoft still hasn’t publicly provided details about what kind of revisions are being made.