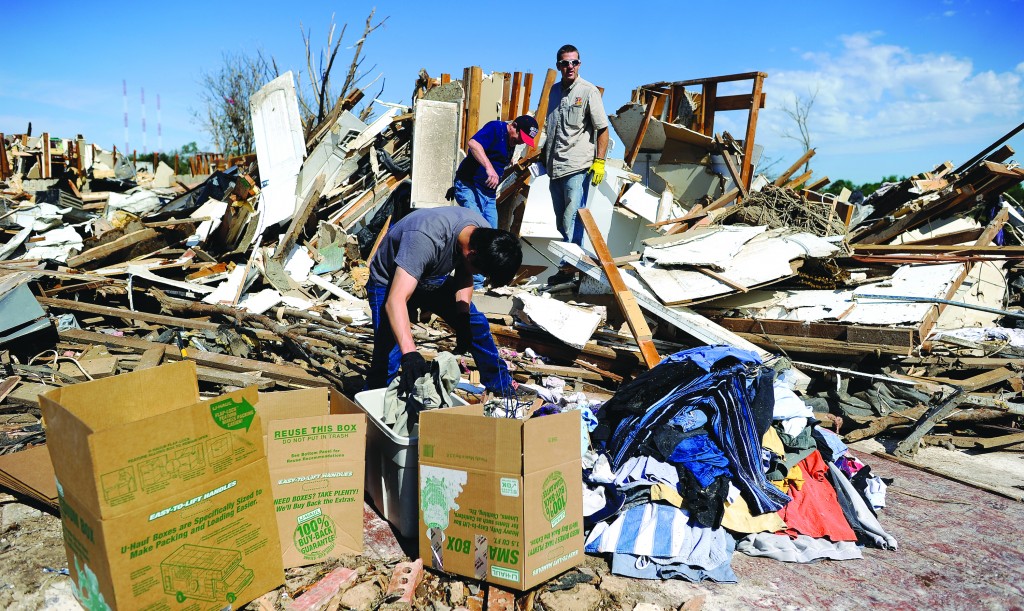 Residents on Wednesday attempted to return to lives wrecked two days ago by a major tornado, as search and rescue operations began slowly to turn into the first steps to a long recovery.

In a first since Monday — when a tornado carrying winds of more than 200 miles an hour plowed this Oklahoma city suburb — there was sustained sunshine, and the city seemed to catch its breath and slowly exhale as residents surveyed the work that lay ahead: burying at least 24 who died in the tornado, healing the hundreds who were physically injured and others who were emotionally scarred, clearing out the mountains of rubble and then rebuilding.

“The normal transition is from search and rescue to recovery,” Andy Oden, a spokesman for the Oklahoma Department of Emergency Management, told the Los Angeles Times. Coordinated services such as distributing tetanus shots and bringing in mental health professionals were underway, he said.

Although search efforts were continuing, officials said they believed the current toll of human life would remain about the same. At least 24 bodies have been recovered, a number that has been constant for more than 24 hours. Of that number, 10 were children, one as young as 4 months, according to state officials.

The number of injured, however, has shot up to more than 240, including those hospitalized and others who were treated and released.

Dump trucks were lined up in single file as workers continued to remove debris from an area that was essentially flattened by fierce winds from the tornado, now officially classified as an EF5, the highest step on the Enhanced Fujita scale.

“Just since I left last night,” the governor said, “I can see a big difference in some of the debris piles. We have to clean up the damage before we can rebuild.”

Residents have largely been kept out of their neighborhoods by a cordon of National Guard troops and police officers. But some have begun to return.

Newt Case, 60, a retired mechanic, stood in his yard early Wednesday, looking over his debris-strewn yard. He watched as men in Army uniforms drove down his street in an all-terrain vehicle. He and his wife, Arlene, knew all the backroads and could get to their house even with military blockades on the corners.

A neighbor used a black plastic rake to clean his yard. Case had raked the previous day, but it didn’t get rid of all the insulation, the pieces of homes.