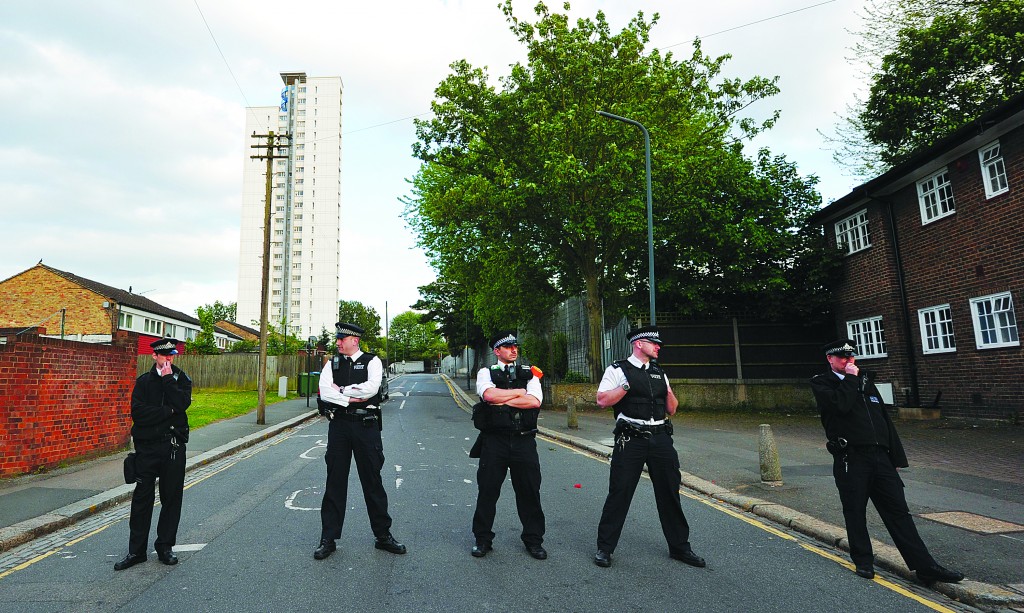 A British soldier was hacked to death by two men shouting Islamic slogans in a south London street on Wednesday, in what the government said appeared to be a terror attack.

Video footage filmed by an onlooker just minutes after the killing showed an angry man shouting. “You people will never be safe. Remove your government. They don’t care about you,” the man, a black man in his 20s or 30s.

Two U.K. government officials who had been briefed said the attack seemed to have been ideologically motivated by radical Islam. They spoke on condition of anonymity because they were not authorized to speak about the ongoing investigation.

British Prime Minister David Cameron said there are “strong indications” that the attack is related to terror.

“The police are urgently seeking the full facts about this case but there are strong indications that it is a terrorist incident,” Cameron said before cutting short talks with French President Francois Hollande to return home.

“We have had these sorts of attacks before in our country and we never buckle in the face of them,” he said.

The authorities did not immediately confirm the identity of the victim, but a source told Reuters it may have been a member of the military.

British counter-terrorism chiefs have recently warned that radicalized individuals, so-called “lone wolves” who might have had no direct contact with al-Qaida, posed as great a risk as those who plotted attacks on the lines of the 2005 bombings.

The bombing attacks on the Boston Marathon last month, which U.S. authorities blame on two brothers, have raised the profile of the “lone wolf” threat in the West. A French-Algerian gunman killed three off-duty French soldiers and four Jewish civilians on a rampage in southern France last year.