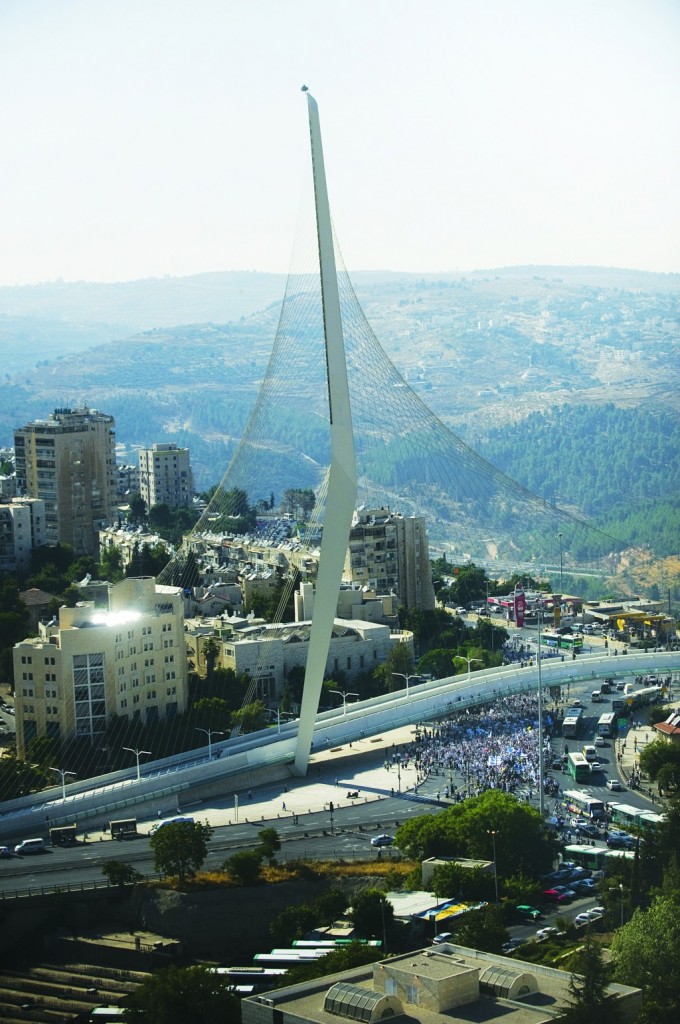 Engineering experts have assured the Knesset that Israeli bridges are not in danger of collapse, The Jerusalem Post reported on Wednesday.

Transportation and infrastructure professionals told the Knesset’s State Control Committee on Tuesday that the country’s bridges are safe and are being kept in good repair.

Netivei Israel, the Israel National Roads Company, which is responsible for the bridges, came under scrutiny in a recent State Comptroller’s Report.

Deputy director-general of the State Comptroller’s Office Tzvi Virticovsky criticized the company for allowing retired employees to work on an outsourced basis, while failing to provide tenders for new workers to full the positions.

But the firm also won praise for the improvements it has made. Keren Turner, deputy director-general of the Transportation Ministry, said that Netivei Israel has been transformed from an “auxiliary unit” to a full-fledged government company.

The fledgling company was only established in 2004, and in light of that fact, Netivei Israel CEO Yeshayahu Bers admitted that they’re still “learning.” He said that the firm is tracking its deficiencies and correcting them as quickly as possible, and is maintaining a high level of transparency.

Committee chairman MK Amnon Cohen (Shas) said he agreed there has been a significant improvement in the firm’s operations, noting that only isolated deficiencies have been identified in the hundreds of projects that the firm carries out for the government, he noted.

But, said Cohen, it still needs to streamline operations for better transparency.

“The company should ensure the purity of its tenders, and during this period of deficit we must ensure efficiency and not waste public money,” Cohen said.

“While the cut is in every pocket, government companies must be strict about every shekel.”