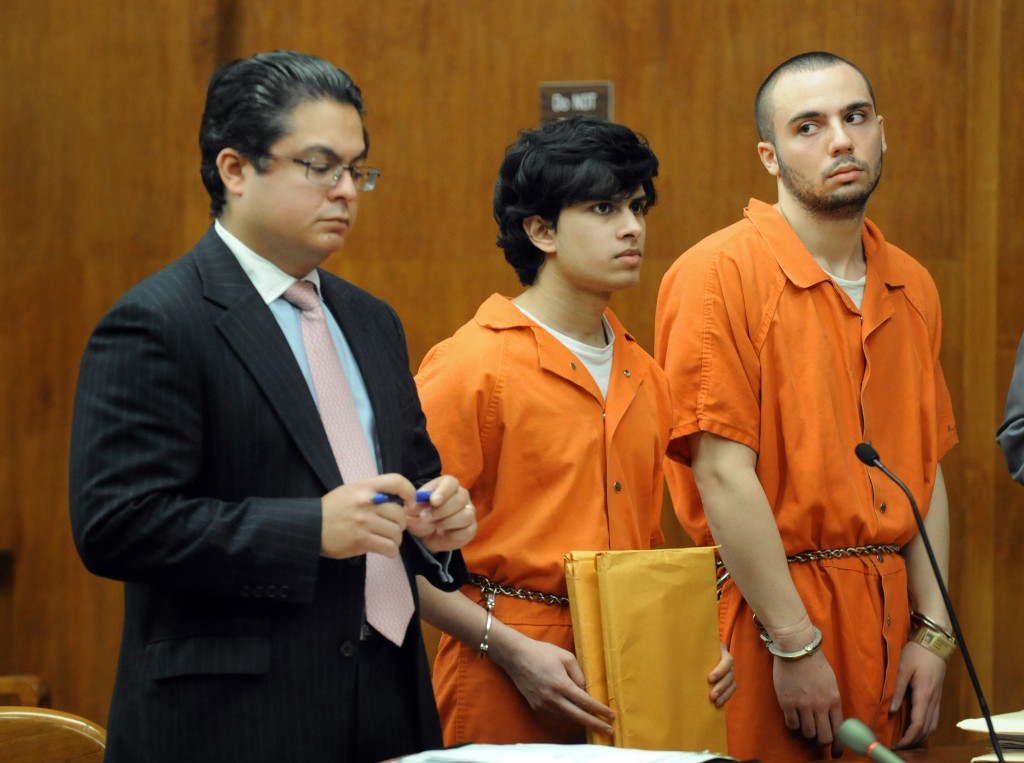 Two New Jersey men accused of involvement in a series of firebomb attacks on shuls across northern New Jersey have pleaded not guilty to the charges.

Anthony Graziano of Lodi and Aakash Dalal of New Brunswick, both 21, entered their pleas Monday during a court hearing in Hackensack.

The two were indicted in March on multiple counts of aggravated arson, conspiracy and bias intimidation. Graziano also is charged with the attempted murder of a rabbi and his family, whose Rutherford home was attacked by Molotov cocktails in January 2012.

Both men were 19 at the time, and are childhood friends from Lodi. They face up to life in prison if convicted on all charges.

Graziano remains jailed on $2.5 million bail, while Dalal is being held in lieu of $1.5 million.