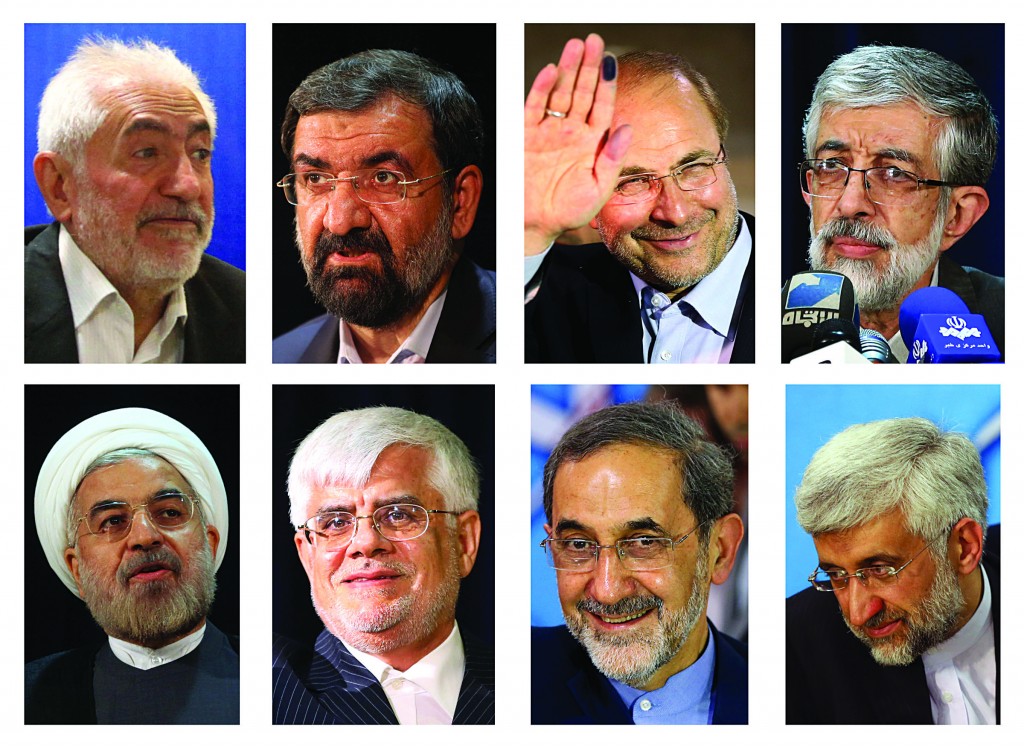 Their exclusion from the June 14 presidential ballot gives establishment-friendly candidates a clear path to succeed Ahmadinejad, who has lost favor with the ruling clerics after years of power struggles. It also pushes moderate and opposition voices further to the margins as Iran’s leadership faces critical challenges such as international sanctions and talks with world powers over Tehran’s nuclear program.

The official ballot list, announced on state media, followed a nearly six-hour delay in which the names were kept under wraps. That raised speculation that authorities allowed some time for appeals by the blackballed candidates and their backers to Supreme Leader Ayatollah Ali Khamenei, who has final say in all matters.

But the official slate left off two prominent but divisive figures: former President Akbar Hashemi Rafsanjani and Ahmadinejad protege Esfandiar Rahim Mashaei. The decision also appeared to remove many potential surprise elements in the race, including whether Rafsanjani could revitalize the reform movement or if Ahmadinejad could play a godfather role in the election with his hand-picked political heir.

Just one approved candidate, Mohammad Reza Aref, might draw some moderate appeal because of his role as vice president under former reformist President Mohammad Khatami.

The rest of the choices would create a possibly seamless front between the ruling clerics and presidency after years of political turmoil under Ahmadinejad, who tried to challenge the theocracy’s vast powers to make all major decisions and set key policies. Iran’s presidency, is expected to convey the ruling clerics’ views on the world stage and not set its own diplomatic agenda.

Mashaei called the decision unfair and said he will appeal to Khamenei. Rafsanjani did not comment, but supporters denounced the decision on social media.