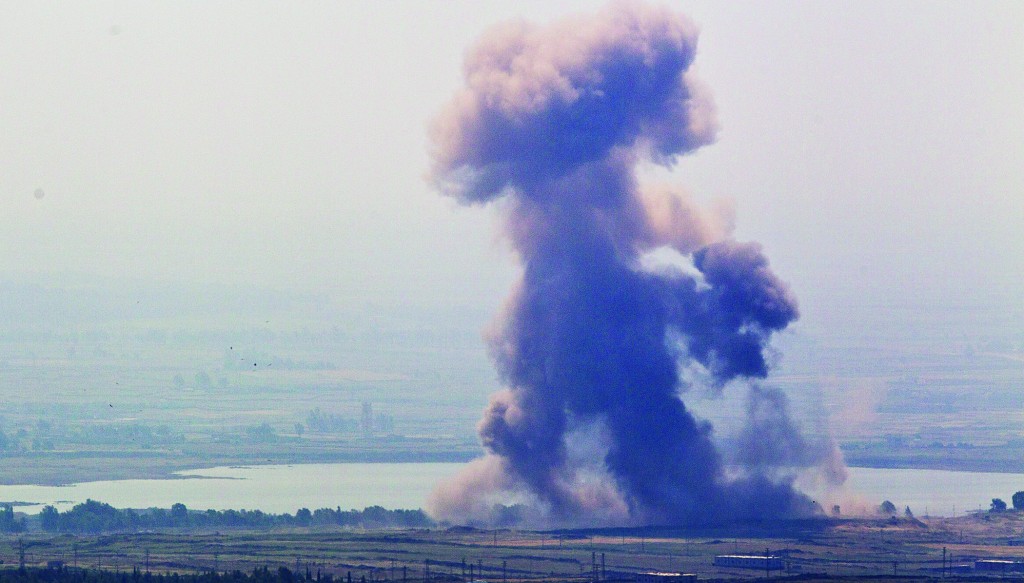 According to a senior Israeli military correspondent who spoke to Hamodia on condition of anonymity, the Associated Press story about the Syrian army’s claim that it destroyed an Israeli vehicle that crossed the Golan Heights ceasefire line is inaccurate. It is true that Syrian fire damaged an Israeli vehicle, but that vehicle had not, in fact, crossed the ceasefire line.

What is significant about this report is that it is the first time in recent years that Syria admits to firing at the Israeli army. In the past, they preferred carrying out their strikes under the cover of terrorist groups for which they could not be directly held responsible.

Last night the military correspondent warned that the Israel Defense Ministry was preparing for the possibility of Assad opening a front against Israel in order to distract attention from the transport of ammunition convoys coming to his aid from Iran in his civil war against his own people.

This official provocation on the border with Israel may be seen as a small but important step in that direction, cautioned the correspondent.