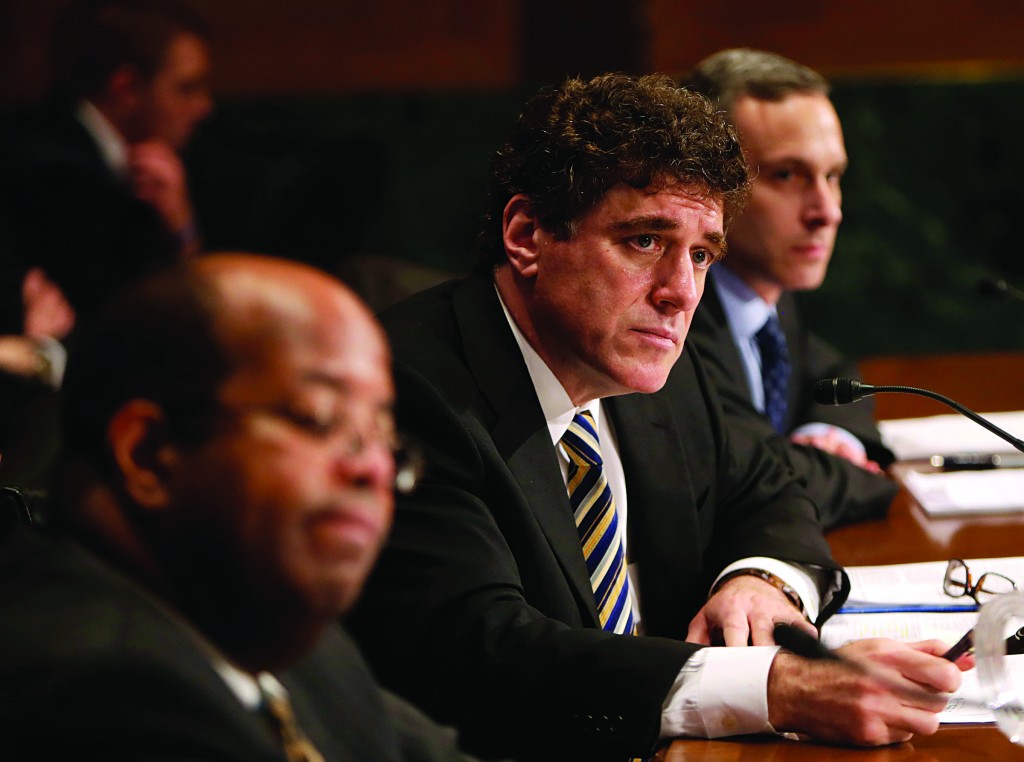 The former head of the Internal Revenue Service said he first learned in the spring of 2012 — in the heat of the presidential campaign — that agents had improperly targeted political groups that vehemently opposed President Barack Obama’s policies.

And he wouldn’t apologize for it.

“I had a partial set of facts, and I knew that the inspector general was going to be looking into it, and I knew that it was being stopped,” Shulman told the Senate Finance Committee in his first public comments on the matter. “Sitting there then and sitting here today, I think I made the right decision, which is to let the inspector general get to the bottom of it, chase down all the facts and then make his findings public.”

Shulman, who was appointed by President George W. Bush, left the IRS in November when his five-year term ended. His testimony makes him the top official to publicly acknowledge knowing before the presidential election that tea party groups had been targeted.

Even so, senators from both political parties said they were skeptical of the version of events portrayed by Shulman and Steven Miller, the man who later took his place as acting commissioner and was forced last week to resign.

For more than 18 months during the 2010 and 2012 election campaigns, IRS agents in a Cincinnati office singled out tea party and other conservative groups for additional scrutiny when they applied for tax-exempt status. They asked who the groups’ donors were and the political affiliations of officers.

The additional scrutiny delayed applications for an average of nearly two years, making it difficult for many of the groups to raise money, according to a report by J. Russell George, the Treasury Department inspector general for tax administration.

George’s report blamed ineffective management in Washington for allowing the practice to continue for so long. But George said he found no evidence that Washington directed the targeting.

Several senators were less than pleased with the testimony of both Shulman and Miller.

“I found it unsatisfying,” Committee Chairman Max Baucus (D-Mont.), said after the hearing. “I think a lot of information’s not getting out, a lot of questions not answered.”

Shulman said he was briefed by Miller “sometime in the spring of 2012” that tea party groups were being singled out for additional scrutiny. But Shulman said he didn’t realize the scope of the issue until the inspector general issued his report last week.

Shulman is now a guest scholar at the Brookings Institution, a Washington think tank.

Several Republican senators said it was hard to believe that Shulman could learn such a sensitive piece of information in the middle of a presidential election and not share it with Treasury officials. The IRS is an independent agency within the Treasury Department.

“It’s just implausible to me,” Sen. John Cornyn (R-Texas) said in an interview after the hearing. “Bureaucrats don’t take risks by doing things that they know will get them fired, or get them disciplined by their superiors.”

Sen. John Thune (R-S.D.) said, “It’s just hard to figure that there isn’t more to this than they are letting on.”

“How much did the political calendar influence when they disclosed this?” Thune said. “Obviously it was a presidential election year. Disclosure of something like this would have been explosive.”

About the same time Shulman was briefed in 2012, George told Deputy Treasury Secretary Neal Wolin that his office was investigating complaints from conservative groups. But, George said, he did not reveal the results of the investigation.

Treasury Secretary Jacob Lew said he has directed Werfel to make sure “that those who acted inappropriately are held accountable for their actions.”

On Tuesday, a conservative group that says its application for tax-exempt status is being unfairly held up by the IRS, filed a federal lawsuit in Washington against the agency. True the Vote, a Houston-based group that says it focuses on restoring “integrity to the American system” of voting, is seeking damages and asking to immediately be granted the tax exemption for donors.

Tuesday’s hearing was the second in a series by congressional committees looking into the IRS. The House Ways and Means Committee held a hearing last week and the House oversight committee has one scheduled for Wednesday.

Miller apologized on behalf of the IRS to the committee “for the mistakes that we made and the poor service we provided. The affected organizations and the American public deserve better.”

It was the second time in a week that Miller apologized to Congress. But Shulman, who ran the agency when the problems occurred, declined several invitations to apologize.

“You know, I’m deeply, deeply saddened by this whole set of events,” Shulman said in response to a question by Cornyn.

“Is that an apology?” Cornyn asked.

“Well, I don’t think that qualifies an apology,” Cornyn said. “It qualifies as an expression of regret, which I think is well-deserved.”