Regional Derailment May Cause Months of Delays
Regional 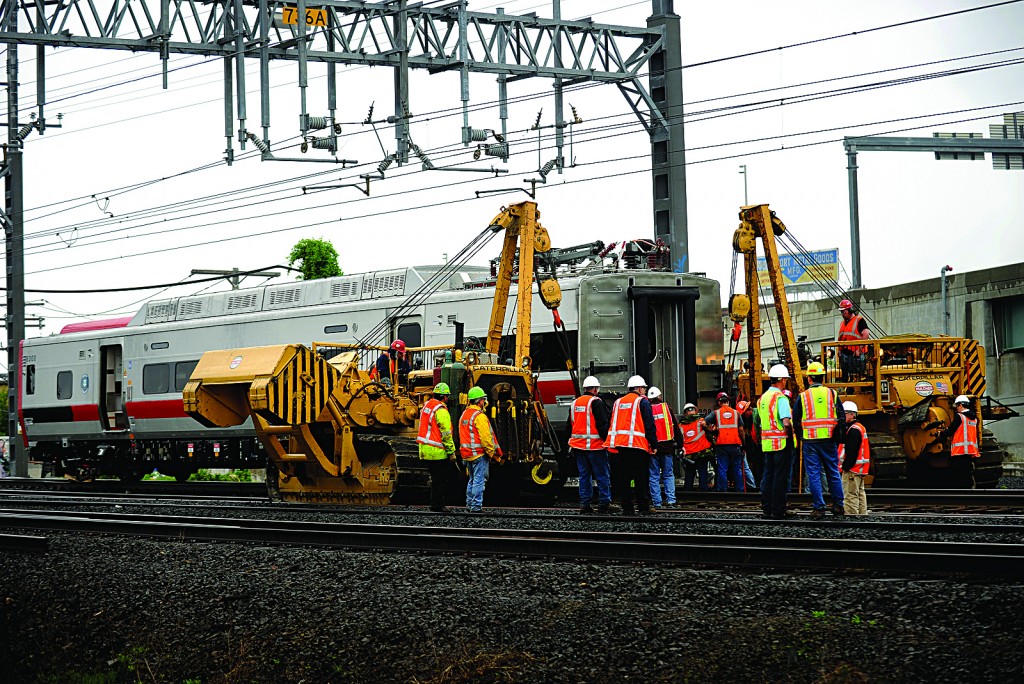 Tens of thousands of commuters are bracing for a difficult trip around southwest Connecticut and to New York City beginning Monday as workers repair the Metro-North commuter rail line crippled by a derailment and crash.

“This amounts to the wholesale reconstruction of a two-track electrified railroad,” he said.

Several days of around-the-clock work will be required, including inspections and testing of the newly rebuilt system, Permut said. The damaged rail cars were removed from the tracks on Sunday, the first step toward making the repairs.

Service disruptions on the New Haven line between South Norwalk and New Haven are expected to continue “well into the coming week,” Permut said.

Each day, approximately 30,000 Metro-North customers use the stations where service has been shut down, according to the Metropolitan Transportation Authority, which operates Metro-North.

Amtrak service between New York and New Haven also was suspended, and there was no estimate on service restoration. Limited service was available between New Haven and Boston.

Jim Cameron, chairman of the Connecticut Rail Commuter Council, said he’s asked officials in numerous towns to suspend parking rules to accommodate what could be tens of thousands of motorists driving to unaffected train stations. Twelve stations are affected by the shutdown.

Starting with the Monday morning rush-hour, a shuttle train will operate about every 20 minutes between New Haven and Bridgeport and two shuttle buses will run between Bridgeport and Stamford stations, state transportation officials said. 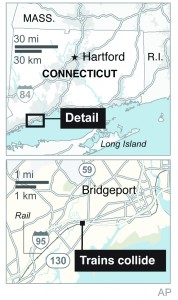 State officials say travel times will be significantly longer than normal and trains will be crowded. Commuters are advised to use the Harlem line in New York.

Cameron said he doubts many commuters will use three modes of transportation to get to work: driving their cars to catch a bus to get to a train station for the final leg.

Commuters will more likely rely on their cars, leading to massive traffic problems on highways that are already clogged on normal days, Cameron said. He suggested that local and regional officials post highway signs directing motorists to available parking so motorists “don’t get off the highway and drive in circles looking for where to dump their cars.”

About 700 people were on board the trains Friday evening when one heading east from New York City’s Grand Central Terminal to New Haven derailed just outside Bridgeport. It was hit by a train heading west from New Haven.

Dr. Dan Solomon, a trauma surgeon who lives in Westport and was headed to work at Yale-New Haven Hospital in New Haven, was on the train that derailed. He said he treated several injured passengers, including a woman with severely broken ankles.

He said he was in a front car that was not as badly affected as cars in the rear of the train.

“I hardly lost my iced tea,” Dr. Solomon said in an interview.

He said walls were torn off both trains and he quickly checked injured passengers to separate the most badly injured from others.

Investigators are looking at a broken section of rail to see if it is connected to the derailment and collision.

NTSB investigators arrived Saturday and are expected to be on site for seven to 10 days. They will look at the brakes and performance of the trains, the condition of the tracks, crew performance and train signal information, among other things.