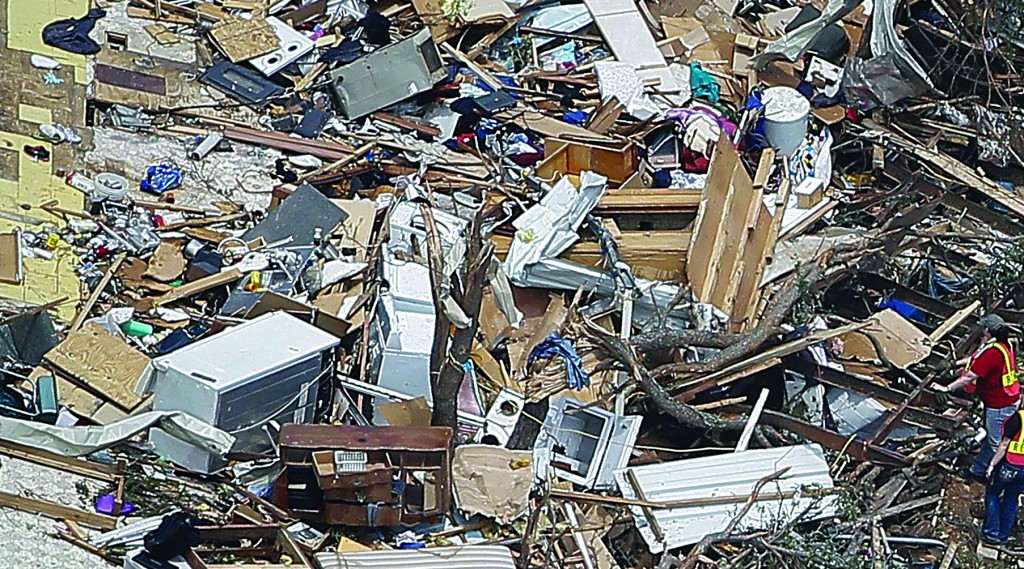 Habitat for Humanity spent years in a North Texas subdivision, helping build many of the 110 homes in the low-income area. But its work was largely undone during an outbreak of 13 tornadoes Wednesday night that killed six people and injured dozens.

On Thursday, authorities combed through debris in Granbury, while residents awaited the chance to see what was left of their homes. Witnesses described the two badly hit neighborhoods as unrecognizable, with homes ripped from foundations and others merely rubble.

Granbury, about 40 miles southwest of Fort Worth, bore the brunt of the damage. The National Weather Service’s preliminary estimate was that tornado had wind speeds between 166 mph and 200 mph. Other tornadoes spawned from the violent spring storm damaged nearby Cleburne and Millsap.

The weather service said the preliminary storm estimate for the Granbury tornado was an EF-4, based on the Fujita tornado damage scale. An EF-5 is the most severe.