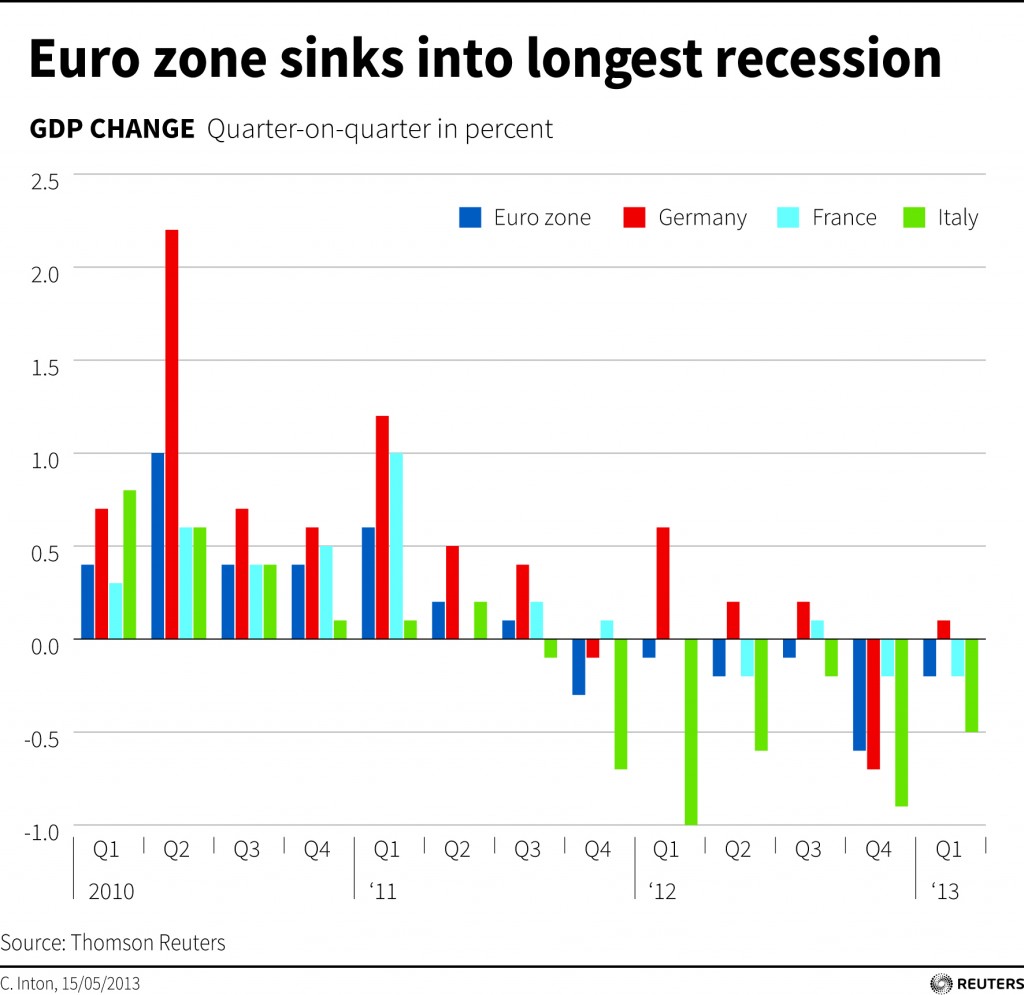 The eurozone economy contracted 0.2 percent in the first three months of the year compared to the previous quarter, marking the region’s longest recession since its single currency was created in 1999.

The 17-nation eurozone now has been in recession for six straight quarters, exceeding the five-quarter downturn from 2008-2009, according to data released Wednesday by Eurostat, the region’s statistical office.

The first-quarter performance was an improvement over the final three months of 2012, when the eurozone economy shrank 0.6 percent on a quarter-over-quarter basis, but the figure came in below economists’ expectations of a 0.1 percent contraction.

The European recession has reduced demand there for foreign goods, which has harmed the U.S. economy.

Still, the U.S. economy has been growing since the end of the Great Recession in 2009, and expanded at a 2.5 percent annual rate in the first quarter.

The European Central Bank has been trying to boost growth in the region, which has an all-time-high 12.1 percent unemployment rate.

The central bank cut its key interest rate this month to a record-low level.

But the eurozone’s other major economic players all remained stuck in recession.