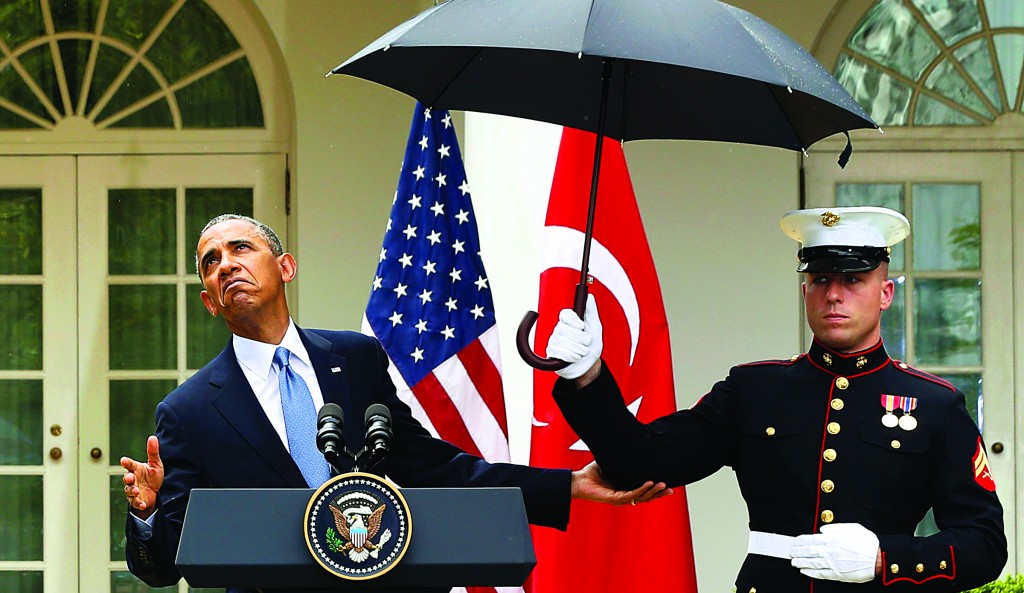 The efforts did little to satisfy Republicans, who see the controversies as an opportunity to derail Obama’s second-term agenda. House Speaker John Boehner suggested the White House had violated the public’s trust, and he promised to “stop at nothing” to hold the administration accountable.

“Nothing dissolves the bonds between the people and their government like the arrogance of power here in Washington,” Boehner said. “And that’s what the American people are seeing today from the Obama administration — remarkable arrogance.”

The targeting of conservative political groups by the IRS and new questions about the deadly attack on the U.S. diplomatic mission inBenghazi, Libya, last year — along with the Justice Department’s seizure of journalists’ phone records — have consumed the White House for nearly a week. Of the three controversies, the president’s advisers see the IRS matter as the most likely to linger. At least three congressional committees are planning investigations into the agency that touches the lives of nearly every American.

Obama, who was criticized by both opponents and allies for his measured initial response to the IRS targeting, vowed to ensure the agency acts “scrupulously and without even a hint of bias.”

“I think we’re going to be able to fix it,” he declared during a joint news conference with Turkish Prime Minister Recep Tayyip Erdogan.

However, the president knocked down the prospect of appointing a special prosecutor to investigate the IRS, saying the congressional investigations and a separate Justice Department probe should be enough to nail down who was responsible for improperly targeting tea party groups when they applied for tax-exempt status.

Obama and Erdogan were questioned during a light but steady rain during Thursday’s outdoor event. As the rain picked up, the president summoned a pair of Marine guards to provide umbrellas for Erdogan and himself, joking, “I’ve got a change of suits, but I don’t know about our prime minister.”

The IRS and Justice Department controversies have coincided with a revival in the GOP-led investigations into the September attacks in Benghazi, which claimed the lives of the U.S. ambassador to Libya and three other Americans.

Obama, who angrily cast the investigations as a “sideshow” earlier this week, tried to turn the focus Thursday to Congress. He urged lawmakers to provide more money to strengthen security at U.S. diplomatic missions around the world.

“We need to come together and truly honor the sacrifice of those four courageous Americans and better secure our diplomatic posts around the world,” Obama said. “That’s how we learn the lessons of Benghazi. That’s how we keep faith with the men and women who we send overseas to represent America.”