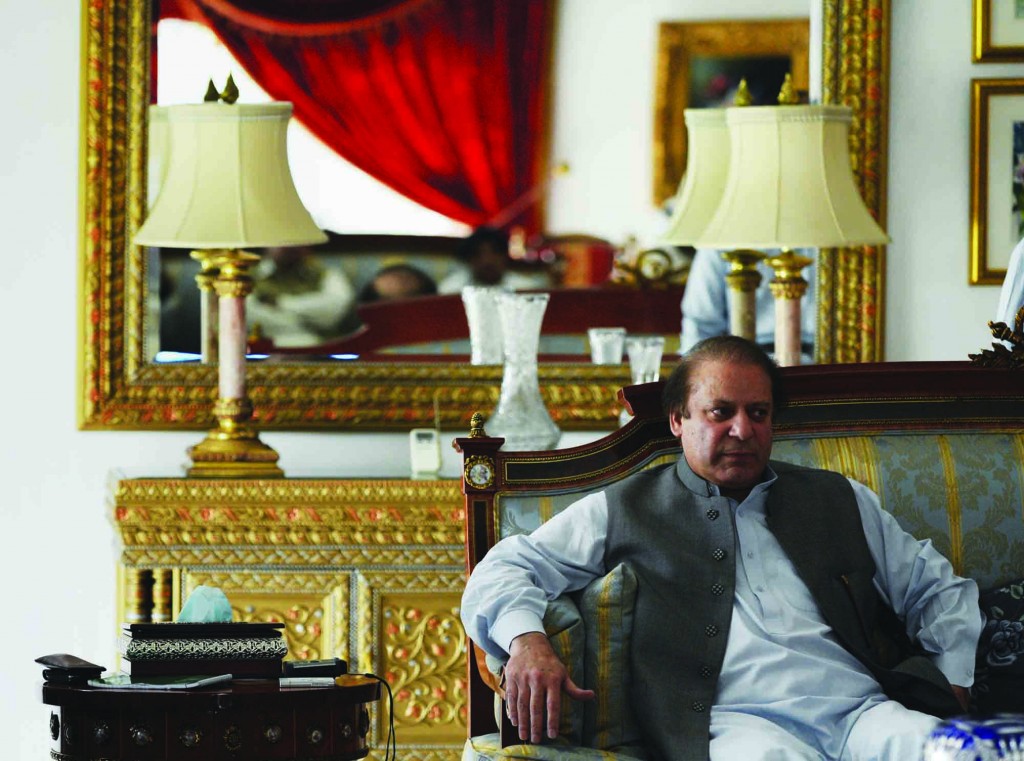 Pakistan’s presumptive new prime minister said Monday that Islamabad has “good relations” with the United States, but called the CIA’s drone campaign in the country’s tribal region a challenge to national sovereignty.

Nawaz Sharif spoke to reporters from his family’s estate outside the eastern city of Lahore two days after his Pakistan Muslim League-N party won a resounding victory in national elections.

His comments were the first indication since the vote about how he would approach relations with the U.S., a strategic ally with whom Pakistan has often been at odds. The U.S. needs Pakistan’s support in fighting Islamic militants in the country and negotiating an end to the war in neighboring Afghanistan.

Some of his statements have suggested he could have a more adversarial relationship with Washington than the outgoing government. Sharif also was outspoken in his opposition to drone strikes, which are unpopular in Pakistan.

However, analysts caution that while such rhetoric sells on the campaign trail where anti-American sentiment is high, Sharif would likely take a more nuanced approach to U.S. relations once in office.

“I think we have good relations with the United States of America. We certainly have to listen to each other,” he said. “If there are any concerns on any side, I think we should address those concerns.”

The CIA’s drone campaign targeting al-Qaida and other terrorists in the tribal regions has been extremely controversial in Pakistan, where people say it frequently kills innocent civilians – something Washington denies – and that it violates Pakistan’s sovereignty.

“Drones indeed are challenging our sovereignty. Of course we have taken this matter up very seriously. I think this is a very serious issue, and our concern must be understood properly,” said Sharif.

But Pakistan has a long history of officials condemning the strikes in public and supporting them in private, and how aggressively Sharif pushes the U.S. may depend on how much he needs it in other areas.

Pakistan relies on the U.S. for hundreds of millions of dollars in aid every year. But even more importantly, Pakistan would likely need U.S. support to get a bailout it desperately needs from the International Monetary Fund because of the government’s shaky financial situation.

Pakistan will likely play a strong role in any reconciliation deal with Taliban forces in neighboring Afghanistan. Also, much of the American military equipment that must be shipped out of Afghanistan when the international coalition there ends its combat mission in 2014 will go through the port city of Karachi in southern Pakistan.

Sharif said he would facilitate the U.S. withdrawal from Afghanistan.

“American troops are being withdrawn in 2014. We will extend full support to them. We will see that everything goes well and smoothly,” he said.

Sharif’s Pakistan Muslim League-N party appeared set to get a majority of seats in the national assembly following Saturday’s election. That would place Sharif in the position of becoming prime minister for a third time and give him a strong mandate to pursue what many see as his priority: turning around Pakistan’s stuttering economy and fixing growing power outages plaguing the country.

Questions remain, however, about Sharif’s stance on another key issue: violent Islamic extremism. Critics have accused his party of being soft on radicals because it hasn’t cracked down on terrorists groups in its stronghold of Punjab province.