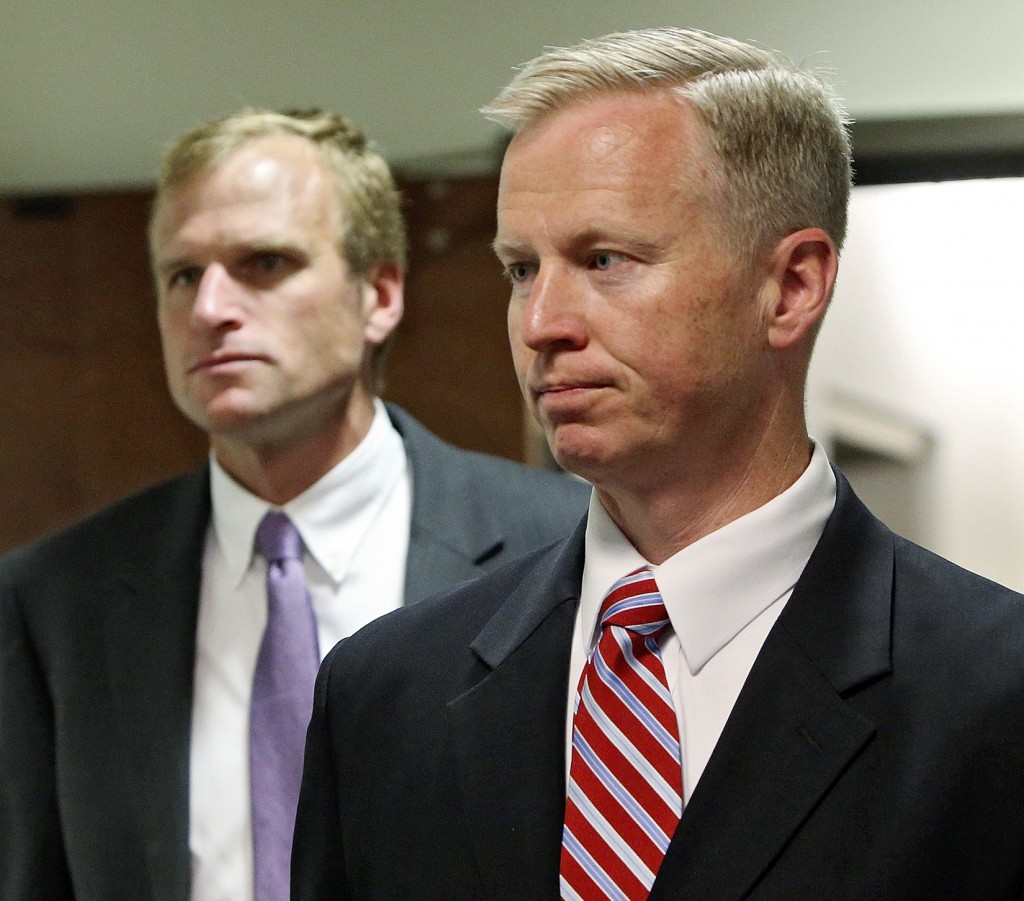 Lawyers for the Colorado theater shooting suspect told a judge Monday he wants to change his plea to not guilty by reason of insanity, but the judge won’t immediately rule on whether to allow it.

Attorney Daniel King made the request in court, saying the defense now has a diagnosis for James Holmes, though he didn’t specify what it was.

Holmes, with bushy hair and beard, didn’t speak during the hearing after entering the courtroom with his eyes downcast.

Before deciding whether to accept a new plea, Judge Carlos Samour said, he would consider arguments about constitutional questions the defense has raised about Colorado’s insanity and death penalty laws.

He isn’t expected to announce his decision until May 31, when another hearing is scheduled.

At the heart of the dispute is a list of cautions Samour prepared, advising Holmes of the ground rules of an insanity defense.

It includes an advisory that Holmes must cooperate with doctors during a mandatory mental health evaluation or he won’t be able to present mitigating evidence about his mental state if he is convicted and a jury considers whether he should be executed. Just how much cooperation is required hasn’t been tested in court since the laws were changed in the late 1990s.

A not guilty by reason of insanity plea is widely seen as Holmes’ best hope — perhaps his only hope — of avoiding the death penalty. But his lawyers have held off until now, fearing a wrinkle in the law could cripple their ability to raise his mental health as a mitigating factor during the sentencing phase.

Two judges, including Samour, have previously refused to rule on the constitutionality of the law, saying the attorneys’ objections were hypothetical because Holmes had not pleaded insanity. The defense had little choice but to have Holmes enter the plea and then challenge the law.

Prosecutors are seeking the death penalty. They say Holmes, a former neuroscience graduate student, spent months acquiring weapons and ammunition, scouting a theater in the Denver suburb of Aurora and booby-trapping his apartment, before he opened fire, killing 12 and injuring 70 people.