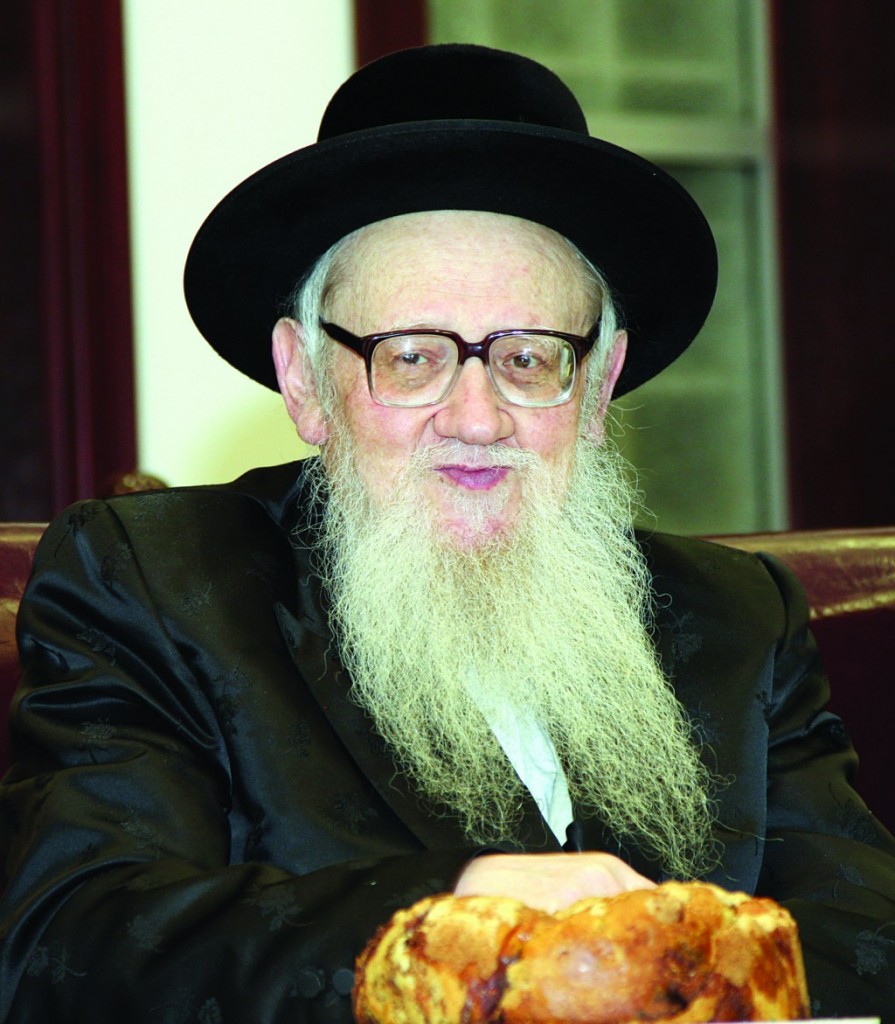 Harav Yehoshua Horowitz, zt”l, the Dzikover Rebbe of America, passed away this past Shabbos, 2 Sivan, after an extended illness. The Rebbe was the son of Harav Meir, Hy”d, a grandson of Harav Alter Yechezkel Eliyahu of Dzikov, Hy”d, and a great-grandson of the Ateres Yehoshua of Dzikov and the Ahavas Yisrael of Vizhnitz, zy”a. His passing was on the same day as the yahrtzeit of his holy forebear, the Ahavas Yisrael

The Dzikover Rebbe was born in 5694/1934 in Reisha, Galicia, and was named for his grandfather, the Ateres Yeshuah, zy”a, who was known as one of the eminent tzaddikim of Galicia before the first World War. He grew up in the presence of his grandfather, Harav Alter’l of Dzikov.

He was a young child at the onset of the Holocaust. Before his father fled to the forests, where he was killed al Kiddush Hashem, he arranged for Peruvian passports for his family. As foreign citizens, they were taken to Bergen-Belsen, where, b’chasdei Hashem, they survived. His mother, Rebbetzin Brachah, a”h, was moser nefesh for the young Rebbe and for her daughter.

The Rebbe related that at the end of the war, there were a mere 61 Jewish children remaining alive in Germany! He and his sister were among them. The British government allowed orphans to go to Eretz Yisrael, and thus, he came on the Youth Aliyah, along with his sister, tbl”c, Rebbetzin Toby Landau, the wife of Harav Mendel Landau, zt”l, a well-known Bobover chassid.

As a 12-year-old, asked by the organizers to which kibbutz he wanted to go, he answered adamantly: “I am descended from the Dzikover dynasty and I only want to go where there are Torah-observant Yidden!” When they tried to persuade him but saw his stance was firm, they handed him over to Agudas Yisrael. Thus, he was able to join the youth institutions affiliated with Agudas Yisrael in Kfar Saba.

He was welcomed in Eretz Yisrael by his great-uncle, the Damesek Eliezer of Vizhnitz, zy”a, with whom he became very close.

The counselor in the Agudah institutions, Reb Yechezkel Frankel, z”l, took the Rebbe with him to Gedolei Yisrael, which was how he became close to, zy”a, the Imrei Emes of Ger, Harav Aharon of Belz, and Harav Yoel of Satmar.

Once, during the War of Independence, he wanted to travel from Yerushalayim to his mother’s house in Tel Aviv. He asked the Gerrer Rebbe’s permission before embarking on what could be a dangerous journey, and the Rebbe gave him permission to go. During the trip, together with his uncle, Harav Yehudah of Dzikov, they heard explosions. When the Dzikover asked his young nephew why he was so calm the boy replied confidently: “I received permission and a brachah from the Gerrer Rebbe!”

At his bar mitzvah, his uncle Harav Yehudah put on his tefillin. Harav Mordechai of Bilgoray, zt”l, was sent as an emissary by his brother, Harav Aharon of Belz, as he was unable to attend.

He became very close to the Imrei Chaim of Vizhnitz, who treated him like a son, especially after the passing of his mother, Rebbetzin Brachah, in 1956. “I will be like your father and mother, whatever problem you have,” the Imrei Chaim told the young Reb Yehoshua.

When he got married in 5719/1959, the wedding was the first of a relative of the Imrei Chaim to be in Shikun Vizhnitz in Bnei Brak, and the Rebbe prepared for it like the wedding of his own child.

Reb Yehoshua married the daughter of Harav Yitzchak Philip, z”l, a well-nown Vizhnitzer Chassid. She was devotedly at his side, and together they established a home of Torah and yiras Shamayim.

The Rebbe was known for his proficiency in Torah. As a young man he was appointed Rosh Kollel in Kiryat Vizhnitz, and sometimes served as a member of the beis din there, alongside the Yeshuos Moshe, zy”a, who was Av Beis Din.

He later moved to the United States, and, encouraged by the Imrei Chaim, established Beis Medrash and Mosdos Ateres Yeshuah Dzikov in memory of his grandfather and namesake. The institutions, located on 51st Street in Boro Park, are a bastion of Torah and Chassidus. He led the kehillah with devotion. He was renowned for his fiery drashos, replete with Torah thoughts that were passed down through his prestigious lineage.

He was extremely close to the Yeshuos Moshe of Vizhnitz, as well as the Vizhnitzer Rebbe, shlita. Gedolei Yisrael in America respected him greatly, and several of his children have married into families of other dynasties.

Throughout the last year the Rebbe was ill, yet still tried to maintain his activities. Ten days ago he served as sandak at the bris of a great-grandson, but was then hospitalized. His condition deteriorated; he repeatedly asked when it would be 2 Sivan, the yahrtzeit of his grandfather.

On Friday night, 2 Sivan, he passed away, leaving his family and his kehillah in deep mourning.