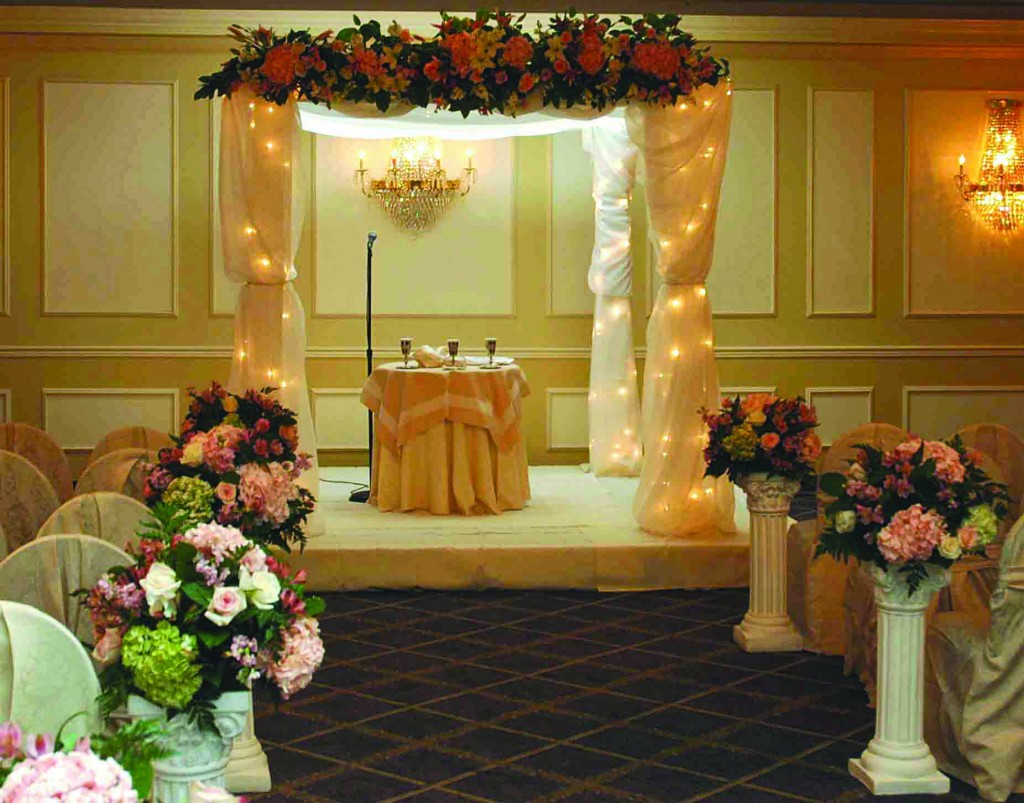 It is often said that the chessed exhibited by our generation is unparalleled in our history. The collective amounts of tzedakah being raised and disbursed for a seemingly endless list of worthy causes are staggering, and the merits earned by these actions must be equally astronomical.

But what we seem to occasionally forget is that sometimes the greatest form of charity is when we choose not to spend.

The wealthy individuals who dig deep into their pockets to help struggling mosdos deserve our deepest gratitude. But it is those who can well afford to spend lavishly on their children’s simchos, and yet choose to set a sterling example by cutting down drastically on expenses, who are the true heroes of our generation.

Few things are as illogical as spending an absolute fortune — sums on which a young couple can live comfortably for quite some time — on a single extravagant evening.

Over the years, like many readers, I have merited to attend hundreds of chasunos. Some were held in the most elegant halls and boasted dozens of musicians holding unfamiliar instruments, and elegantly dressed waiters offering an assortment of foreign-sounding dishes. Other weddings were held in yeshivah buildings, in halls which probably double as student lunchrooms. Music was provided by a one-man band and the fare was simple but tasty.

Invariably, in every single case, the joy that was palpable at the low-cost simchah was equal to, or far exceeded, that at the luxury wedding. As for the young couples, the amounts that were or weren’t spent on their weddings have absolutely no bearing on their ability to build a bayis ne’eman b’Yisrael.

But the real impact of the lavish weddings is the devastating effect this uncontrolled, frivolous spending has on the community at large.

In previous generations, the poor and the rich lived somewhat separate lives. For a host of reasons, in our melting-pot society the lines are so blurred that they are unrecognizable, and peer pressure, especially among the youth, is all but unavoidable. There are far too many fathers being treated for physical and emotional illnesses that are directly caused by the stress of marrying off a child. There are far too many parents who can’t enjoy a moment of their child’s simchah because of the crushing burden of debt on their shoulders.

The chasunah takanos initiated by a number of kehillos have made a real difference in many areas, but far more work needs to be done.

Years ago, the average member of the community attended a handful of weddings a year, and at each one, would stay from the kabbalas panim until almost the very end. Nowadays, in many communities, only the immediate family and closest friends eat the meal at the wedding, causing enormous amounts of food to be discarded. Most attendees at weddings come for a short while and, in reality, a much smaller hall could just as easily be used.

It is high time to drastically change the way we plan a wedding. All it will take is some brave individuals who wish to emulate Nachshon ben Aminadav and help save so many from drowning in the sea of debt and despair.

There is so much that can and should be done. Meals should be served to no more than 30 couples from each side, and everyone else will joyously celebrate at the dancing.

Smorgasbords and Viennese tables should be entirely eliminated. In many circles, the one-man band has become standard; it is imperative that this also become the “in thing” across the spectrum of Torah Jewry.

The week of sheva brachos is another key issue that must be tackled. I have long found that the most enjoyable and heartwarming sheva brachos are those that take place at the home of a relative or good friend. The simpler the meal, the greater the simchah. Remember, all it takes is 10 men — including the chassan — and enough women to keep the kallah company.

While some may consider the notion too farfetched, I believe that we should seriously consider bringing back the Friday afternoon chuppah. Friday night sheva brachos would then also double as the chasunah meal. On Motzoei Shabbos, the public can be invited to a melaveh malkah with bilkelach, gefilte fish, music and lots of dancing.

Even if our community isn’t ready yet for such a drastic step, we are all obligated to recognize our sacred obligation to cut — in every way possible — the sums of money we spend on simchos. For in this case, not spending is the greatest form of giving.