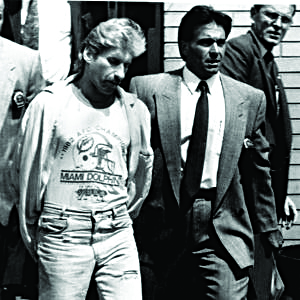 Two months after the person jailed in the murder of Rabbi Chatzkel Werzberger, Hy”d, had his conviction thrown out, dozens more convictions associated with the retired New York City police detective who investigated the case are under review, prosecutors said Saturday.

About 50 cases worked  on by Detective Louis Scarcella will be reopened by the Brooklyn District Attorney’s Conviction Integrity Unit, a spokesman confirmed. Prosecutors are casting a critical eye at Scarcella’s work after a judge threw out the conviction of a man accused of killing the shamash in the Satmar shul in Williamsburg.

Scarcella said that he didn’t expect prosecutors to find anything.

Scarcella has been credited with solving sensational cases that gave the city a scary reputation — and helping elevate the reputation of the city’s detectives. He credited his ability to connect with suspects for his success gaining confessions in high-profile crimes.

In an interview with The Associated Press, he said he fed meals to suspects, allowed them periodic visits with friends and even got down on his knees to pray with a man he was interrogating.

But, in March, a judge threw out the second-degree murder conviction of David Ranta, who spent more than two decades behind bars in the slaying of Rabbi Werzberger.

Scarcella was the lead detective on that case, and has said his coaxing got Ranta to confess he was in on a botched robbery that led to the rabbi’s killing.

Prosecutors filed papers saying they supported a defense motion to vacate the murder conviction and dismiss the indictment. After a recent review, they said they “no longer have sufficient evidence to prove the defendant’s guilt beyond a reasonable doubt.”

The case against Ranta began to unravel in 2011 when prosecutors from the Conviction Integrity Unit began their review.

That’s the year a man named Menachem Lieberman approached Ranta’s trial lawyer to tell him he “had uncertainty and discomfort” with his identification of Ranta, and later gave the unit a sworn statement recounting how a detective had told him to “pick the one with the big nose” — Ranta — out of a police lineup.

Other interviews done by the unit suggested an alleged accomplice-turned-prosecution witness — now dead — had pinned the shooting on Ranta to save himself. A woman also repeated claims that her deceased husband privately confessed he was the killer.

Scarcella has worked many high profile cases that led to convictions, including two teens accused of killing of a transit worker by torching a subway token booth.