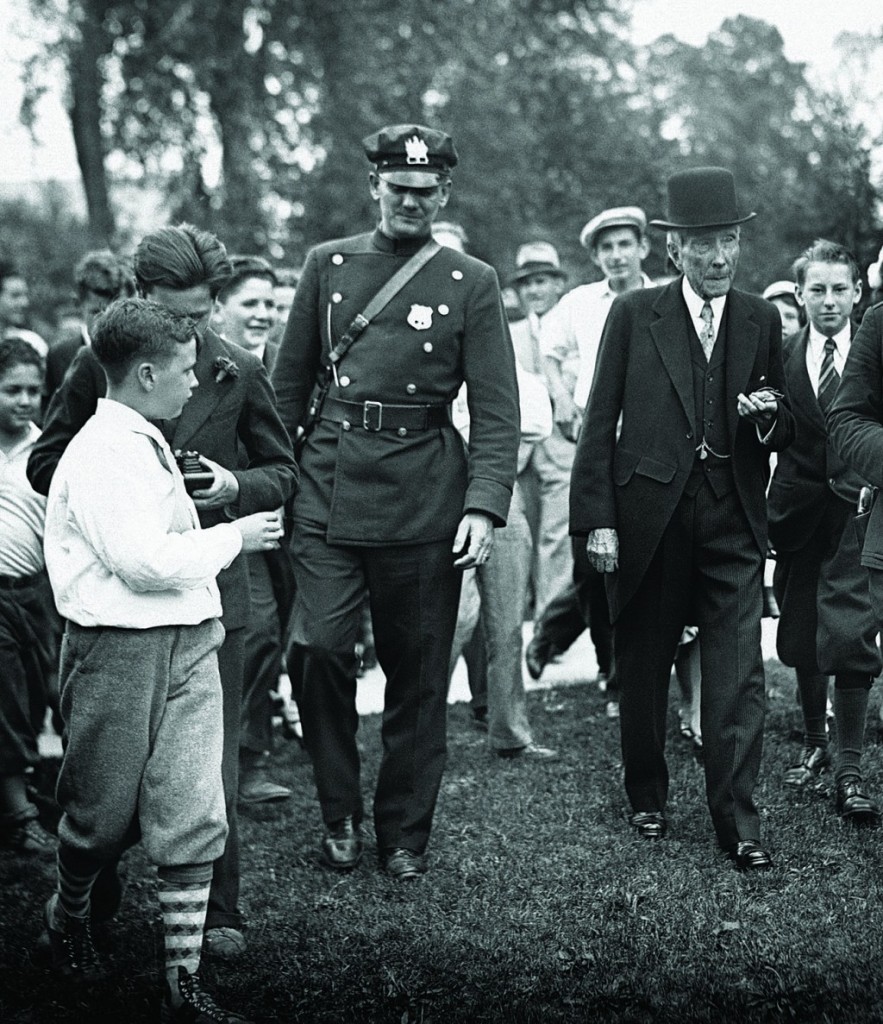 For the richest American family of their era, the goal was fittingly ambitious: “To promote the well-being of mankind throughout the world.”

With that mission, underwritten by the vast wealth of John D. Rockefeller Sr., the Rockefeller Foundation was chartered 100 years ago in Albany, N.Y. For several decades, it was the dominant foundation in the United States, breaking precedent with its global outlook and helping pioneer a diligent, scientific approach to charity that became a model for the field.

Now dwarfed by the largesse of Bill Gates and other contemporary philanthropists, the Rockefeller Foundation remains ambitious and well-funded, and is increasingly eager to work in partnerships.

Still, detractors challenged the foundation’s work. From the left, activists accused it of being a front for U.S. corporate and national security interests. From the right, critics over the years faulted its support for controversial social programs.

During the 1930s, the foundation provided some financial support to the Kaiser Wilhelm Institute for Anthropology, Human Heredity, and Eugenics in Germany, which, among other projects, conducted research related to Nazi-backed eugenics and racial studies.

The foundation says that its grants to the institute were focused on straightforward genetic research, and that it cut off support for any projects that veered into social eugenics.

Also during the 1930s, and continuing after the start of World War II, the foundation funded a project to relocate scholars and artists, many of them Jewish, who were losing their positions in Germany under the Nazis.

Even before the foundation was first proposed, there were sharply mixed views about John D. Rockefeller Sr. and the fortune he amassed as the founder of Standard Oil.

Rockefeller was “perhaps the most reviled as well as the most generous man in America” in the early 1900s, according to a just-published history of the Rockefeller Foundation which it commissioned to mark its centennial. The book depicts Rockefeller as America’s first billionaire, with a fortune that today would be worth $231 billion.

On the advice of his inner circle, Rockefeller sought a congressional charter for a foundation that would coordinate his already substantial charitable giving.

Some government officials were suspicious of the endeavor and some newspaper editorialists suggested the project was a cynical effort to improve the family’s checkered image. The measure proposing a charter died in the U.S. Senate, prompting the Rockefellers to turn swiftly to New York state, where lawmakers unanimously approved a charter that was signed into law on May 14, 1913.

It was one of three major, still-operating foundations founded in that era, following the Russell Sage Foundation in 1907 and the Carnegie Corporation in 1911.

Judith Rodin, who has been the Rockefeller Foundation’s president since 2005, noted in an interview that the Rockefeller family started channeling huge sums into philanthropy at a time when the tax code didn’t reward such practices.

“Clearly they were improving their own images,” Rodin said. “But they had strong views that people with that much money should give it back to society.”

After several decades of dominance, the Rockefeller Foundation was overtaken by the Ford Foundation as the nation’s largest.