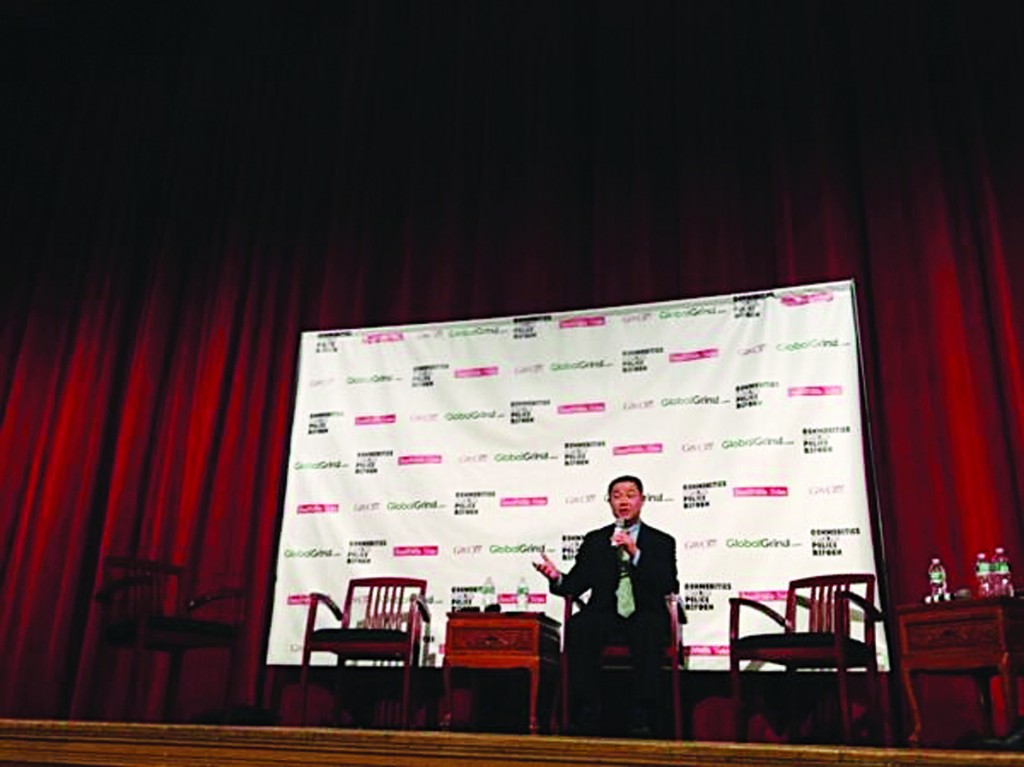 A forum sponsored by an influential black newspaper that was supposed to host a debate for all 10 candidates for New York City mayor Thursday ended up as a one-man campaign event.

City Comptroller John Liu was the only candidate at a well-attended forum on community safety and what organizers called heavy-handed police tactics in Manhattan, after Bill de Blasio left early and eight other runners did not attend, The Wall Street Journal reported.

Asked how the two participants, Liu and de Blasio, differentiated themselves from the other candidates, Liu did not hesitate.

Communities United for Police Reform, which organized the forum with the Amsterdam Times, said that about 300 people turned out for the evening. The candidates, it turned out, all had their excuses.

De Blasio, the city’s public advocate, came but said he had to leave after 45 minutes to go to another forum in the Bronx. Sal Albanese got stuck in traffic; Bill Thompson and Adolfo Carrion Jr. blamed scheduling conflicts. Republican John Catsimatidis was being honored at a Marine Park party dinner, a spokesman said, “and obviously that’s where the GOP votes are.” Republican George McDonald said he does not attend events without any GOP primary rivals.

The absence of Democratic front runner City Council Speaker Christine Quinn and former MTA chairman Joe Lhota, the Republican front runner, and Adolfo Carrion, who is running on the Independence party line, made for an empty stage. They were supposed to have discussed issues such as the police department’s stop-and-frisk policy.

“[It’s] a Democratic run-off — it looks like it, right? You’re the only two candidates,” joked  moderator and NY1 Noticias political reporter Juan Manuel Benitez at the outset.

Liu, the only candidate to call for the wholesale elimination of stop-and-frisk, which police officials call an essential tactic in the city’s historic drop in crime statistics over the past two decades, apologized for his colleagues.

“I’ve got a lot of events right after this,” he offered. “But this is a forum that strikes at the heart of the most important issues in our community — safety.”

Dozens of people who came from all over the city to hear the candidates’ positions on this hot-button issue in the Hispanic and black communities were disappointed.

“I think it is kind of rude,” said Althea York, 76, who traveled from the south Bronx. “From all of them, only two showed up. I wanted to evaluate what each one had to say.”

Liu appeared to enjoy having the crowd to himself. When an organizer repeatedly held up a time card indicating his speaking time had elapsed, he joked to a chorus of laughter, “I don’t know why they keep telling me my time is up. Who else is going to be speaking?”