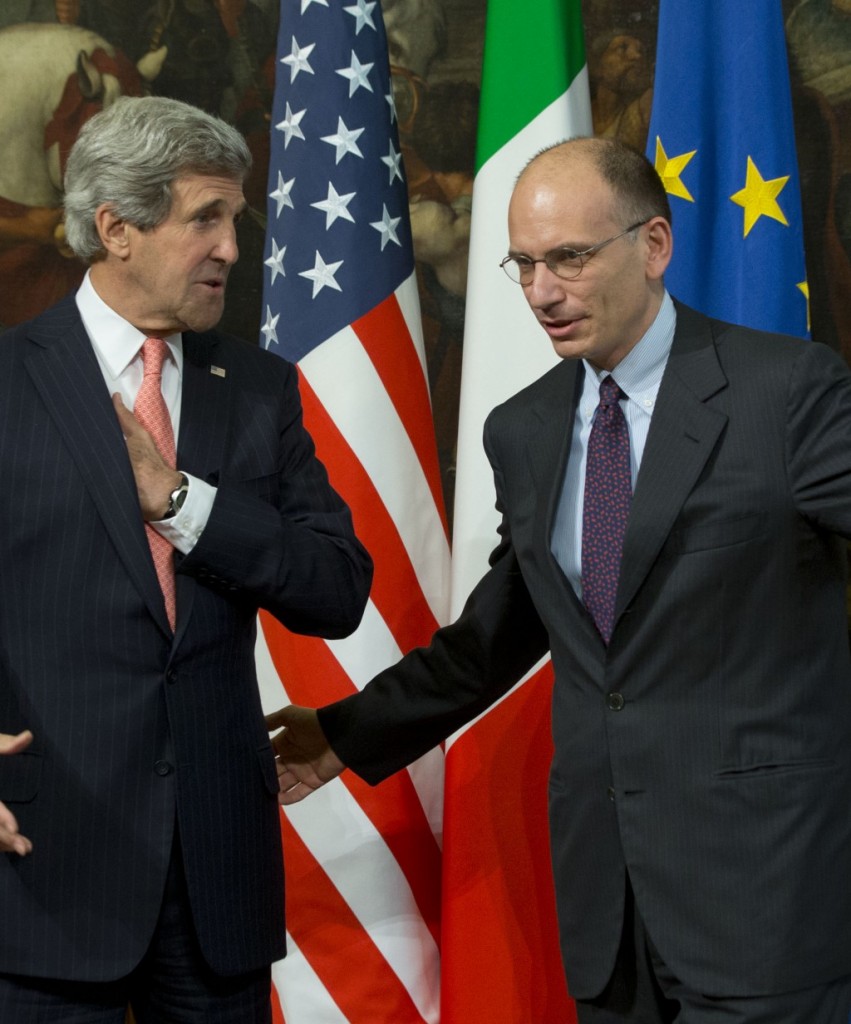 Britain said on Thursday it was “very likely” the Syrian government had used chemical weapons, and Turkey announced it was stepping up testing of people fleeing the Syrian civil war for traces.

Secretary of State John Kerry expressed gratitude to Russia for its willingness to try to arrange a “Geneva two” conference to negotiate an end to the conflict, in a sign of a thawing of the long diplomatic chill between Washington and Moscow, Syria’s strongest ally.

Damascus and the head of the Arab League welcomed the apparent rapprochement between the U.S. and Russia.

Kerry, in Rome, said however a transition government would have to have the “mutual consent of both sides, which clearly means that in our judgment President Assad will not be a component of that transitional government.”

Western states have been reluctant to consider military action against Assad, but  President Obama has said the use of chemical weapons would cross a “red line” and trigger a strong response.

Asked about reports that rebel forces had used the banned nerve agent sarin, a spokesman for Prime Minister David Cameron said: “Our assessment is that chemical weapons use in Syria is very likely to have been initiated by the regime. We have no evidence to date of opposition use.”

Turkey has sent a team of eight experts to the border with Syria to test wounded victims of the country’s civil war for traces of chemical and biological weapons, state-run Anatolian news agency said.

The civil defense team, equipped with a specialist vehicle which can detect chemical, biological and nuclear traces, has been stationed at the Cilvegozu border gate near the town of Reyhanli, Anatolian said.

Some Turkish newspapers said ricin, a highly toxic substance, had been detected. The latest samples were taken from people from the Syrian province of Idlib who arrived in Turkey with breathing difficulties.

Foreign Minister Ahmet Davutoglu said it was too soon to draw conclusions.