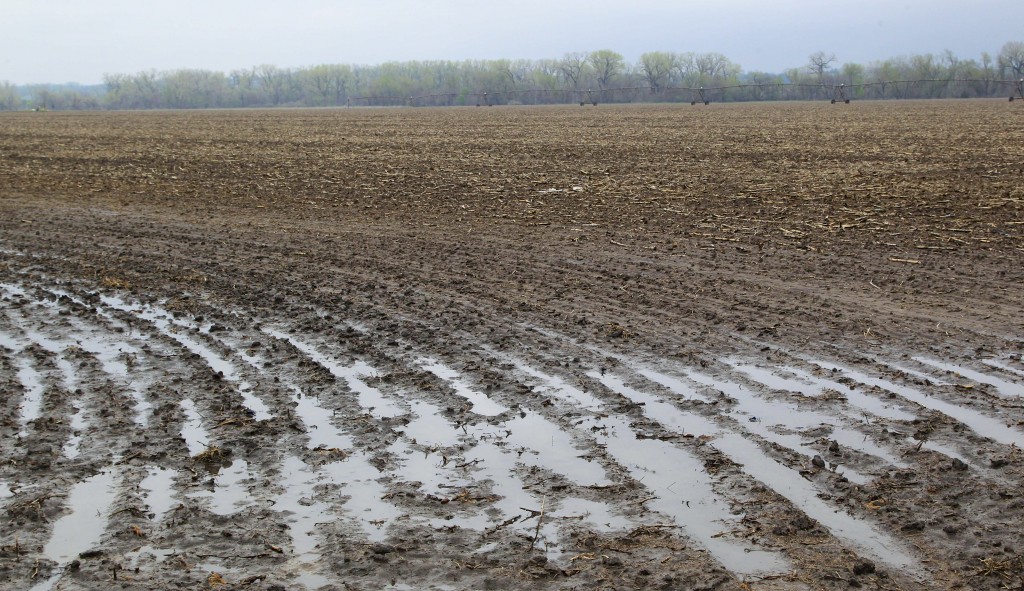 A wet spring continues to soak the soil across much of the Midwest, causing the prolonged drought to slowly retreat westward, the weekly drought report released Thursday said.

Sections of central Iowa, southeast Minnesota and western parts of Wisconsin and Missouri saw notable improvement in drought conditions during the week ending at 7 a.m. Tuesday, the U.S. Drought Monitor’s report said. The drought has also subsided for nearly two-thirds of Iowa, most of Missouri and Arkansas.

West of those states, drought conditions remain, though snow and rain has led to some topsoil moisture improvement in western Nebraska. A smaller portion of far-western Nebraska is in extreme drought, while exceptional drought in southwestern Nebraska retreated slightly.

“The combination of wet and cool weather this year has definitely dented or eliminated the drought in much of the Midwest, and if these conditions continue, additional improvement is likely,” the drought monitor authors wrote.

The drought report, released by the National Drought Mitigation Center at the University of Nebraska-Lincoln, classifies conditions on a scale ranging from abnormally dry to moderate, severe, extreme, and exceptional.

Improved soil moisture is good news for Midwestern corn growers, who prefer to have seed in the ground by now but have been dodging rainstorms in order to get in the field.

The U.S. Department of Agriculture said earlier this week that just 12 percent of the nation’s cornfields have been planted, about a quarter of what is usually planted by this date over the previous five years.

It also marks the slowest start in decades in some states, including Iowa, where only 8 percent of the corn crop is in the ground. That’s down from 62 percent planted in the nation’s largest corn-producing state at this time last year, and the USDA says it’s the slowest planting pace since 1995.

Kyle Phillips, who has farmed for nearly 40 years near Knoxville, Iowa, said he’s planted about 500 acres of the 2,000 he’ll put into corn this year. He managed to get the seed in last Sunday and Monday before the week’s rain set in.

“We’re completely full of moisture now; the topsoil is very wet,” he said.

Farmers in central Iowa can wait until about May 25 before they decide whether to switch to a corn hybrid that matures faster but yields fewer bushels. Some farmers across the Midwest, though, may decide to switch a portion of their corn acres to soybeans, which can be planted later in May and into early June.

In southeastern South Dakota, there were some slight reductions of severe and extreme drought areas. But similar to western Iowa subsoil conditions, additional moisture will be required to bring conditions back to levels of a year ago.

Northeastern Kansas saw improvement, with much of it now in abnormally dry to moderate drought conditions. The western half of the state remains in extreme or exceptional drought.