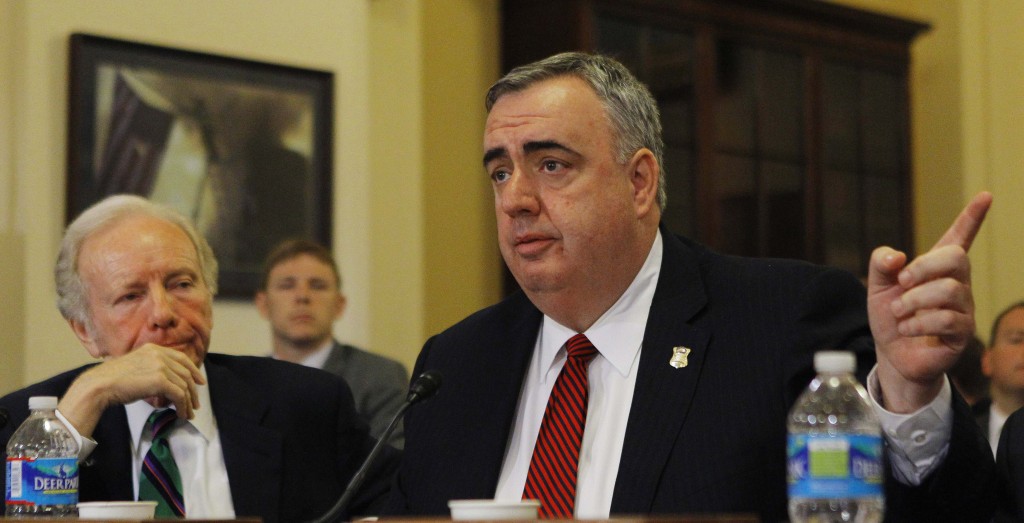 Five days before two bombs tore through crowds at the Boston Marathon, an intelligence report identified the finish line of the race as an “area of increased vulnerability” and warned Boston police that extremists might use “small-scale bombings” to attack spectators and runners at the event.

The 18-page report was written by the Boston Regional Intelligence Center, a command center funded in part by the Department of Homeland Security that helps disseminate intelligence information to local police and first responders.

The “joint special event assessment” is dated April 10. It notes that at the time there was “no credible, specific information indicating an imminent threat” to the race.

“The FBI has not identified any specific lone offender or extremist group who pose a threat to the Boston marathon,” the report reads.

Two officials read parts of the report to a Tribune Washington bureau reporter.

Since the blasts, the FBI has acknowledged that agents had interviewed one of the suspected bombers, Tamerlan Tsarnaev, in 2011 but determined that he did not pose a threat. Customs agents were aware that Tsarnaev had traveled to Russia in 2012, but decided that he didn’t require additional questioning when he returned to the U.S. later that year.

What was known to the FBI and other agencies before the Boston bombings was being examined by the House Homeland Security Committee on Thursday in the first of a series of hearings investigating the attacks.

Top police officials in Boston testified to the panel that the FBI never shared with local law enforcement agencies that Tsarnaev had visited Dagestan and that FBI and Russian officials were concerned he and possibly his younger brother, Dzhokhar Tsarnaev, might become radicalized extremists.

In fact, Davis testified, it was more than three days after the April 15 bombing, after Tamerlan was killed in a police shootout and Dzhokhar was on the run, before he learned about the Tsarnaevs.

“We didn’t look at the brothers until after the shootout,” he said.

But he said he was uncertain what his local intelligence officers would have made of Tamerlan’s 2011 trip to Dagestan, noting that the FBI interviewed him but found nothing suspicious and that Russian officials did not tell the FBI why they were interested him.

Kurt N. Schwartz, Massachusetts undersecretary for homeland security, added, “At no time were we told about the brothers.”

Former senator Joe Lieberman, at one time chairman of the Senate Homeland Security Committee, said that if the FBI had shared the information on the Tsarnaevs, it “could have prevented all this from happening,” referring to the three killed and 260 injured at the marathon.

Local communities, he said, “are going to be your first line of defense. So I’d say the fact that neither the FBI nor the Department of Homeland Security notified the local members of the Joint Terrorism Task Force is really a serious and aggravating omission.”