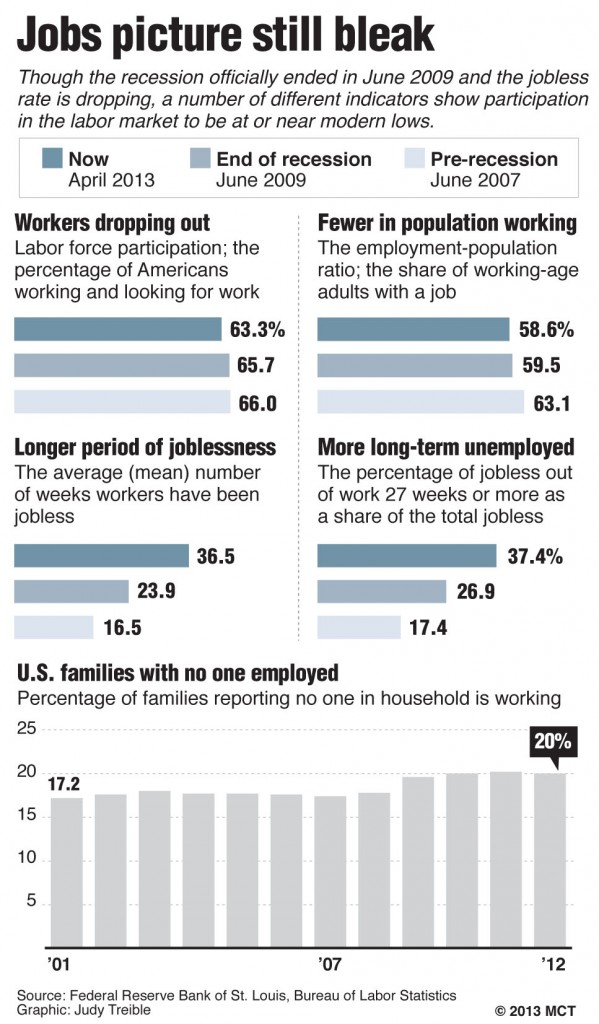 Initial jobless claims continued to decline last week in another hopeful sign that the labor market is improving.

The number of people filing for unemployment benefits for the first time fell to a seasonally adjusted 323,000 last week, down 4,000 from the previous week’s revised figure of 327,000, the U.S. Labor Department reported.

The decline surprised analysts, who had expected the government to report about 340,000 initial jobless claims for the week ending May 4.

A report of initial jobless claims totaling less than 350,000 is generally considered to be a sign of moderate growth in the labor market, and recent weekly reports have boosted optimism that the country’s employment picture is brightening.

Last week’s initial jobless claims were the lowest since January 2008, around the start of the Great Recession, Labor Department data show.

The initial jobless claims data can be volatile, but the four-week moving average has also been on a downward slide. The Labor Department said the four-week average was 336,750 as of last week, a drop of 6,250 from the previous week’s revised average of 343,000.

The weekly release of the jobs figures follows the government’s most widely watched report on the U.S. labor market.

The Labor Department reported Friday that the economy added 165,000 jobs in April, and that the unemployment rate dipped to 7.5%.