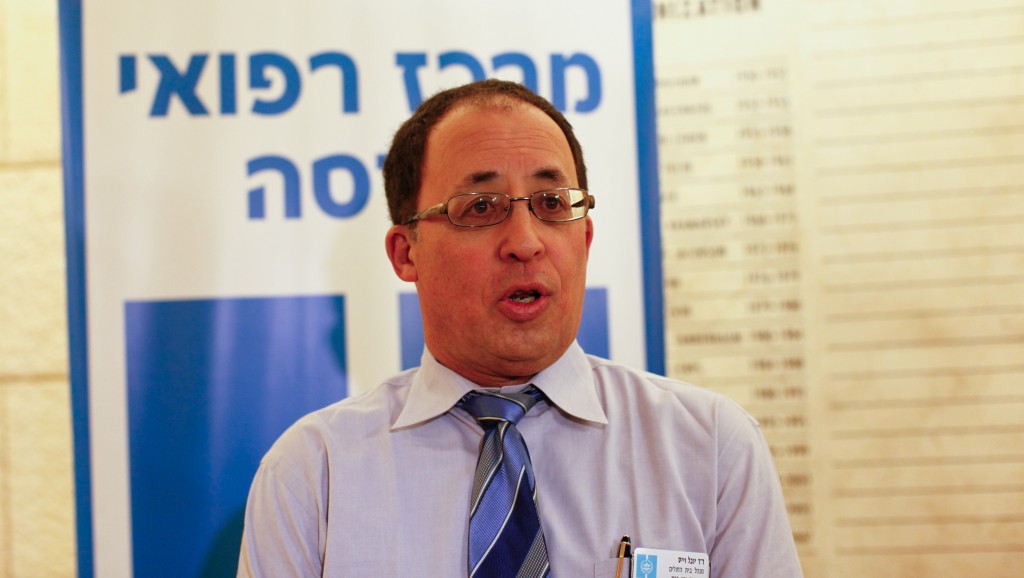 A day after the Histadrut agreed to a year-long moratorium on labor disputes to give the the country time to cope with its “economic crisis,” the Israel Medical Association was considering a labor action at Hadassah Medical Center in Yerushalayim, Haaretz reported on Thursday.

At issue is the appointment of Avigdor Kaplan to the post of director general — the first time a non-physician will have been put in charge of an Israeli hospital.

The question of appointing a non-doctor was raised weeks ago, as IMA chairman Leonid Eidelman warned against it, saying it would signal that financial considerations would take priority over medical ones.

At the time, he threatened sanctions if a non-physician was chosen.

In a letter Tuesday to hospital staff, acting director general Dr. Yuval Weiss tried to allay IMA concerns by promising Hadassah would appoint a medical director who was a doctor, but the IMA was not satisfied.

Kaplan, 73, has been chairman and CEO of Clal Insurance Enterprises Holdings for 16 years, was apparently chosen for his financial expertise to lead Hadassah out of a deep financial crisis. Kaplan also comes with credentials in medical administration, having served five years as director general of the Clalit health maintenance organization, Israel’s largest HMO.

Hadassah’s previous director general, Prof. Ehud Kokia, resigned nearly four months ago due to what was termed an “unexpected deficit” of 200 million shekels, a disclosure which shook the organization.

Early this week, Weiss told staff that painful cutbacks were needed, including layoffs of possibly 200 employees.