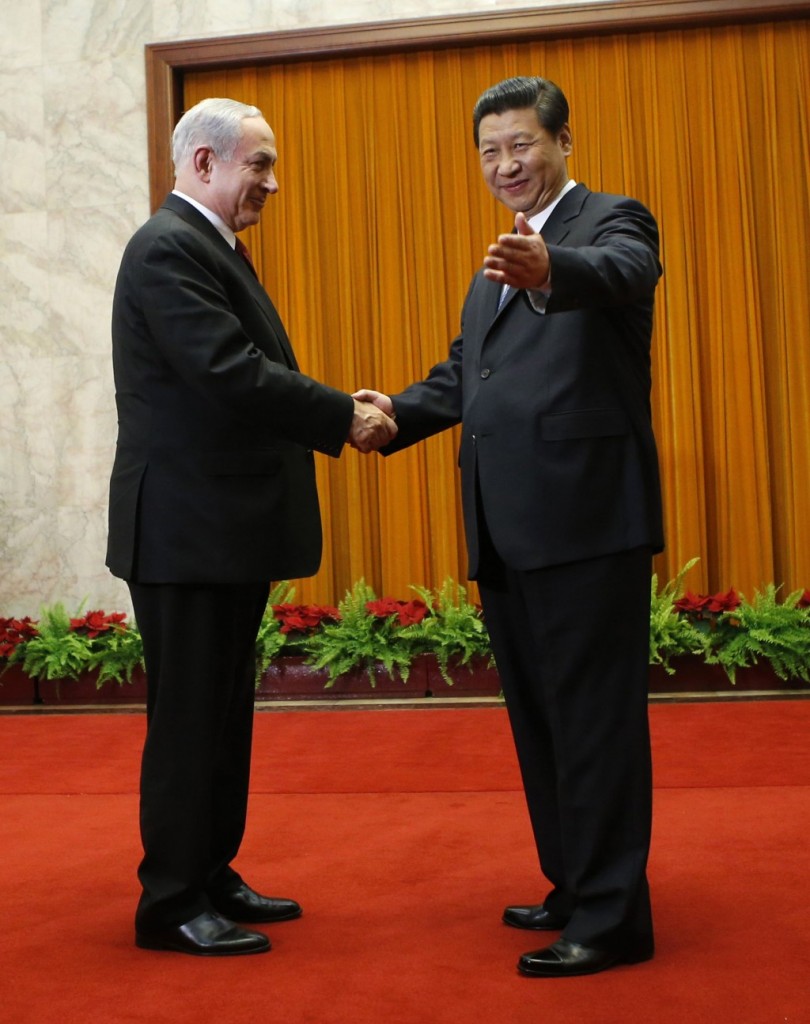 China’s premier has urged Israeli Prime Minister Binyamin Netanyahu to remove obstacles to restarting talks with the Palestinians as Beijing seeks to bring its growing international influence to bear on the Middle East peace process.

Greeting the Israeli leader at the Great Hall of the People in Beijing on Wednesday, Chinese Premier Li Keqiang told Netanyahu, “China expects Israel and Palestine to work together, take substantive measures to remove obstacles and create conditions for the restoration and progress of peace talks.”

As a friend to both Israel and the Palestinians, China wants to work as a broker to bring the sides together, he said, according to the official Xinhua News Agency.

“The Middle East confuses the Chinese,” said China expert Yoram Evron of Israel’s University of Haifa. “But in the past two years, there are people in China who think it needs to expand its activities in the region in order to safeguard its interests.”

Evron’s view was echoed by Middle East expert Li Weijian of the Shanghai Institute of Foreign Studies, who said the region was far too important for China to ignore, particularly in light of Beijing’s increased economic and political clout elsewhere in the world.

“China needs to play a role in major international affairs, including the affairs of the Middle East, and China has been stepping up efforts in this respect,” he said.

Last week, China’s Foreign Ministry said it would be willing to arrange a meeting between Abbas and Netanyahu, but with the Israeli side casting Netanyahu’s visit in largely commercial terms, the meeting did not take place. Instead, Netanyahu devoted much of his time during his trip to pressing for an expansion of his country’s $8 billion in annual trade with China and encouraging Chinese investment in Israeli industry.

Following their meeting, Li and Netanyahu presided over the signing of five agreements on aerospace, agricultural research, financial cooperation, science and technology, and Chinese language instruction.