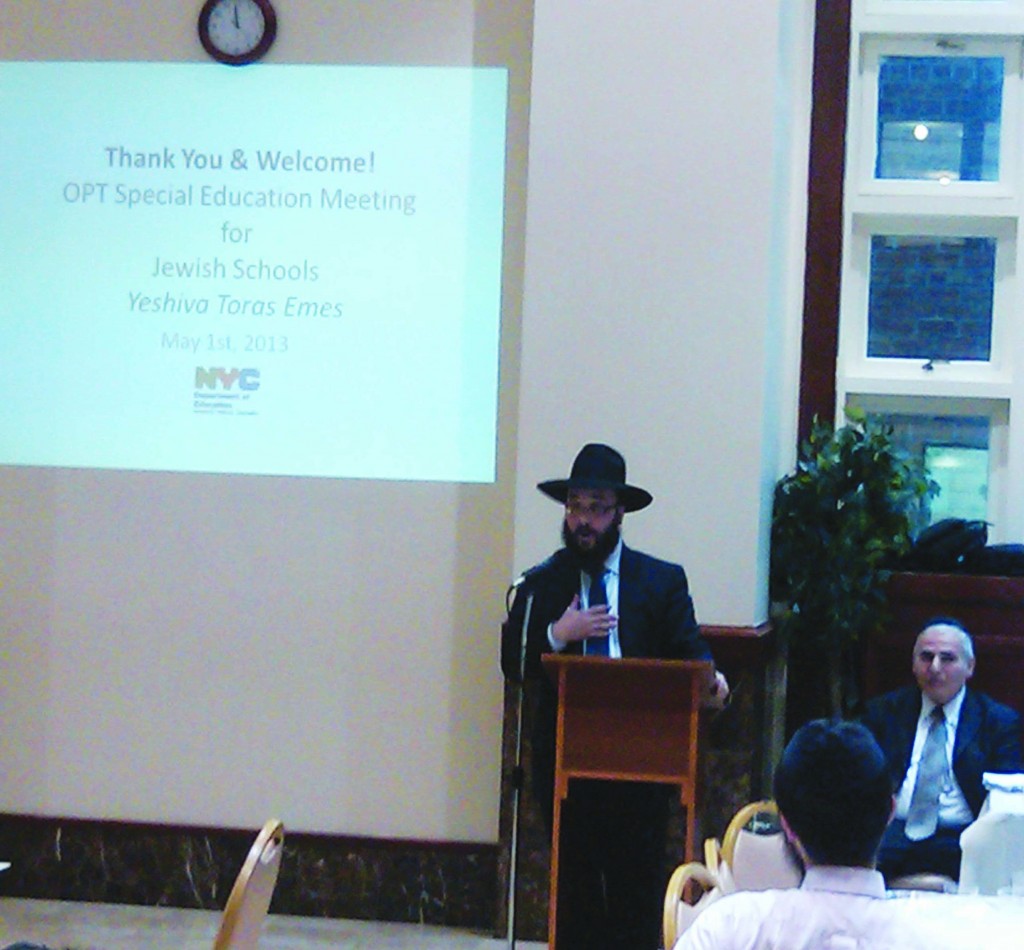 Coming off two of the most significant school bus disruptions in years, the group behind the yeshivah busing system in New York City on Wednesday thanked the city at a breakfast reception for ensuring nearly seamless operation of buses throughout.

The Office of Pupil Transportation event, hosted by Yeshivah Toras Emes in Flatbush, comes in the wake of Superstorm Sandy last October, and the first strike by bus drivers and matrons in decades, declared in February.

Both events forced yeshivos in the city to cancel or delay classes since buses were not running on schedule — or at all.

Rabbi Nosson Muller, menahel of Toras Emes, said that throughout the difficult time, Rabbi Moshe Ausfresser, the Jewish liaison to the OPT, worked tirelessly to keep transportation running as smoothly as possible.

“Everything in education involves the child on the bus,” Van Gostein said.

Noting that the person who was caught Monday in Cleveland for kidnapping three women a decade ago was a bus driver, Van Gostein said that nothing is foolproof. But that does not mean that yeshivos have no obligation to try.

Buses must be checked before children get on, he said. The yeshivah should send someone over to check out a park before children go there. Observe anyone who appears out of place. The Boston Marathon bombers were conspicuously not watching the runners coming in, he said. And they left the area without taking along their two backpacks.

“Do what you always do,” Van Gostein said. “All we’re asking you is to pay attention to what’s going on around you.”

Alexandra Robinson, the deputy executive of OPT, drew laughs when she followed Van Gostein to the podium and began her speech, “On a lighter note…”

Robinson said that yeshivos must look at busing as an integral part of their regular safety procedures.

“The school bus is absolutely an extension of the school building,” she emphasized. “And anything that happens on the bus can affect the child’s day at school.”

With 7,700 school buses, New York City has the largest fleet in the world after London’s 10,000 buses. The city ferries 160,000 children a day at a cost of $1.1 billion. The Office of School Support Services, which is led by Eric Goldstein, who addressed the crowd Wednesday, is charged with running the huge operation.

OPT organized a similar conference last Wednesday for yeshivos. This latest event was geared for special education schools in the Orthodox community.