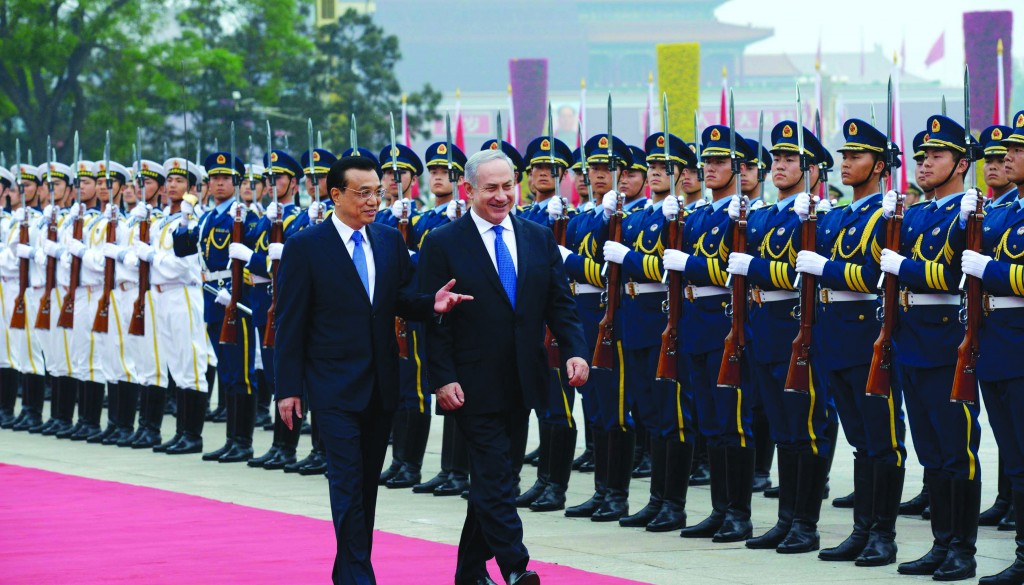 China and Israel got down to business on Wednesday as Prime Minister Binyamin Netanyahu and his Chinese counterpart Prime Minister Li Keqiang signed an agreement for the expansion of Israeli exports in China.

At a working meeting the Chinese Finance Ministry signed onto a plan to increase the bilateral financial protocol by $400 million. The protocol is a bilateral financial agreement that allows for the growth of Israeli exports to China by means of state guarantees in support of long-term export deals.

Netanyahu said, “This is a very important agreement for expanding bilateral cooperation. China is a vast market and if we even slightly increase our market share here it will significantly help the Israeli economy.”

When Netanyahu and Chinese President Xi Jinping meet on Thursday, they’re expected to discuss, among other things, a new, four-point Chinese peace plan. The plan was only made public on the eve of Netanyahu’s visit on Monday, after Xi met with visiting PA President Mahmoud Abbas in Beijing.

The Chinese support an end to building in Yehudah and Shomron and an immediate start to negotiations leading to a two-state solution.

The proposal marks a departure in Chinese foreign policy. It was understood in Yerushalayim that Russia and China had come to an understanding: China would stay out of the Middle East and follow Russia’s lead on matters there, in return for Russia following China’s lead on issues in the Far East, particularly regarding North Korea.

But China’s economic success in recent years has inevitably led to a desire for more of a say in international affairs. Both Israel and the United States will have to take note of it.