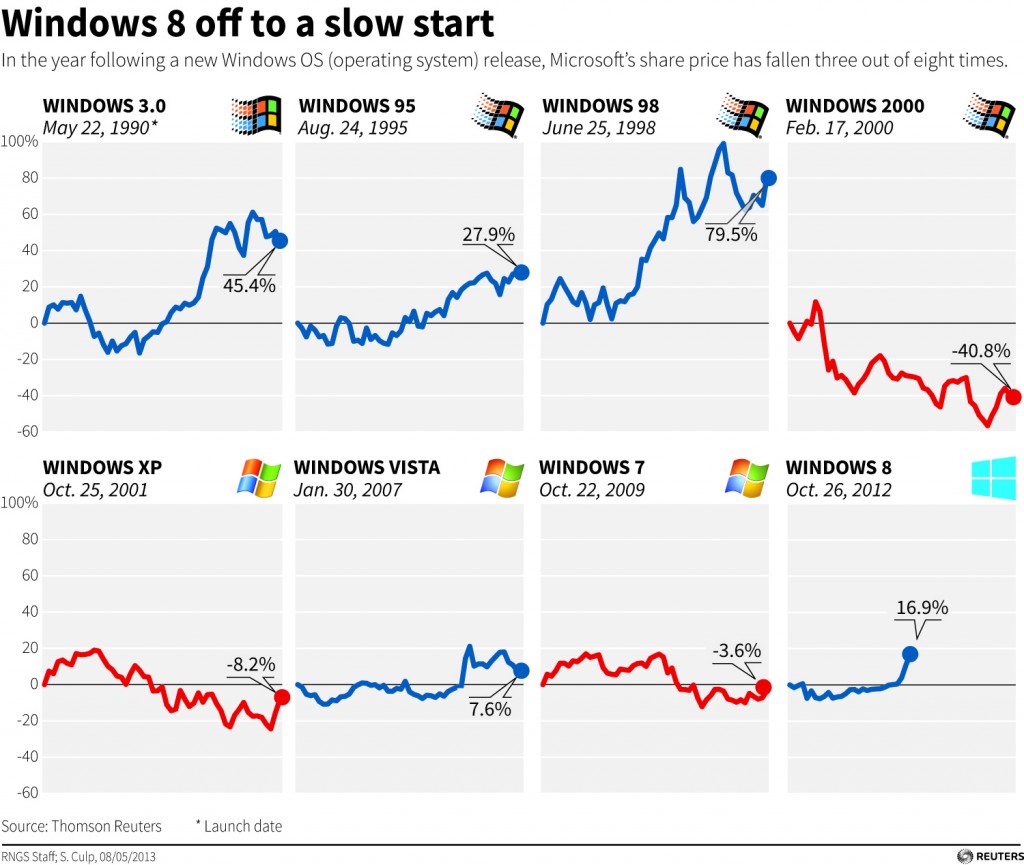 Microsoft said it sold 100 million licenses for its latest operating system and will introduce an update to the company’s flagship product in time for the year-end shopping season.

The number of Windows 8 sales since the software’s debut in October is in the “general ballpark” of the previous version during a similar period, Tami Reller, chief financial officer of Microsoft’s Windows division, said in an interview last week.

Microsoft completely overhauled Windows to make it more appealing to users amid a shift to mobile, touch-based computing. Still, Windows 8 has failed to reignite the ailing personal-computer market. PC shipments plummeted by their largest margin on record in the latest quarter, according to market-research firm IDC. Bob O’Donnell, an analyst at IDC, questioned whether the 100 million milestone accurately reflects the number of operating systems in use.

“I don’t know what that license number means,” said O’Donnell, who is based in San Mateo, Calif. “Talk to the PC guys and ask how they’re doing. I talk to them, and I’m not getting anything like that from them.”

Reller declined to say how many of Microsoft’s Surface tablets have been sold, or the total number of devices – including those made by other manufacturers – that are running Windows. Surface is the first computing device designed and sold by Microsoft as the company challenges Apple’s iPad and other tablet computers.

During the first quarter, Microsoft shipped just 900,000 Surfaces, and there are a total of 1.8 million tablet devices running Windows 8 or a related version, Windows RT, giving it less than 2 percent of the market, IDC said last week.

Customer response to Surface’s software and applications has been “less positive” than the reaction to the tablet, Reller said. The company has fixed Surface’s e-mail program and has made other applications easier to use, and is trying to attract more top third-party programs.

The next update to Windows, code-named Blue, will be released later this year, Reller said. Microsoft will begin talking about Blue’s features in the next several weeks, and will address customer demands to restore design features such as the Windows Start button and Start menu, Reller said.

While the Blue upgrade will restore the Start button, it won’t restore the menu, Verge reported last month.