Regional Gracie Mansion May Get First Resident in 12 Years
Regional 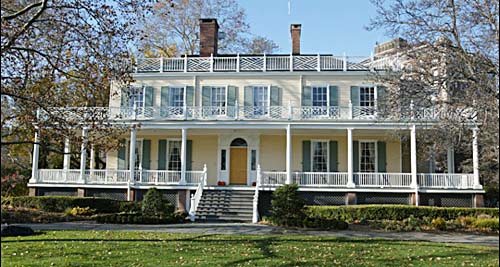 But that is not saying Mayor Michael Bloomberg is happy with it.

“It’s a great house for everybody and not for one family, and it should be used as we use it now,” Bloomberg — who said he had not slept a single night in Gracie Mansion, preferring his own glitzy upper East Side townhouse — told The New York Times.

But aside from one of the candidates, all the men and women seeking to replace Bloomberg are vowing to make the mansion the place they call home, according to a Daily News survey.

“I think Ed Koch did it the right way,” Republican Joe Lhota said. “He lived there during the week and lived at home in on weekends.”

Former City Councilman Sal Albanese, a Democrat, said that, pending his wife’s approval, he would likely move in, if nothing more than to escape the inevitable demonstrations and protests in front of homes that mayors face.

“I don’t know if my neighbors would appreciate having all the security around,” said Albanese, who lives in Brooklyn.

Public Advocate Bill de Blasio said he has not made a decision yet but welcomed the opportunity to finally live in a house with more than one bathroom.

“[Bloomberg’s] arrogance on this topic is just boundless,” de Blasio, who owns a million-dollar home in Brooklyn, said. “He has a multi-million-dollar townhouse and he thinks everyone else must have something like that.”

The mansion has been the living space of every mayor since Fiorello LaGuardia, who was mayor from 1933 to 1945, moved in for the last three years of his terms. Based on rent prices for similar apartments of that size in the neighborhood, the five-bedroom house on East End Ave. would today go for $75,000 a month.

In advance of New York’s incorporation as a city in 1896, it appropriated the estate’s 11 acres into the newly-formed Carl Schurz Park. There it stood, hosting concession stands and restrooms for the public, until Robert Moses, the city’s legendary parks commissioner, convinced the city to designate it as the official residence of the mayor.

Fiorello LaGuardia moved into its halls in 1942. All mayors since have lived in the mansion, though that meant curtailing its designated use as the “People’s House.”

But Bloomberg said that the office of mayoralty is satisfying enough, and candidates do not need the added perk of the mansion to get them to run.

“There are events every day at Gracie Mansion throughout the whole house,” the billionaire mayor said. “If a mayor’s family is living there, most of that house, a good half of it, is just not available. A lot of people want to be mayor. You don’t have to give them extra money as a housing allowance.”

John Catsimatidis, the supermarket and real estate magnate who is running on the GOP line, was the only candidate to say that he would keep his own mansion, relieving Gracie of her residence burden.

“The Catsimatidis family would remain at their current apartment on Manhattan’s East Side,” Rob Ryan, a campaign spokesman, said.