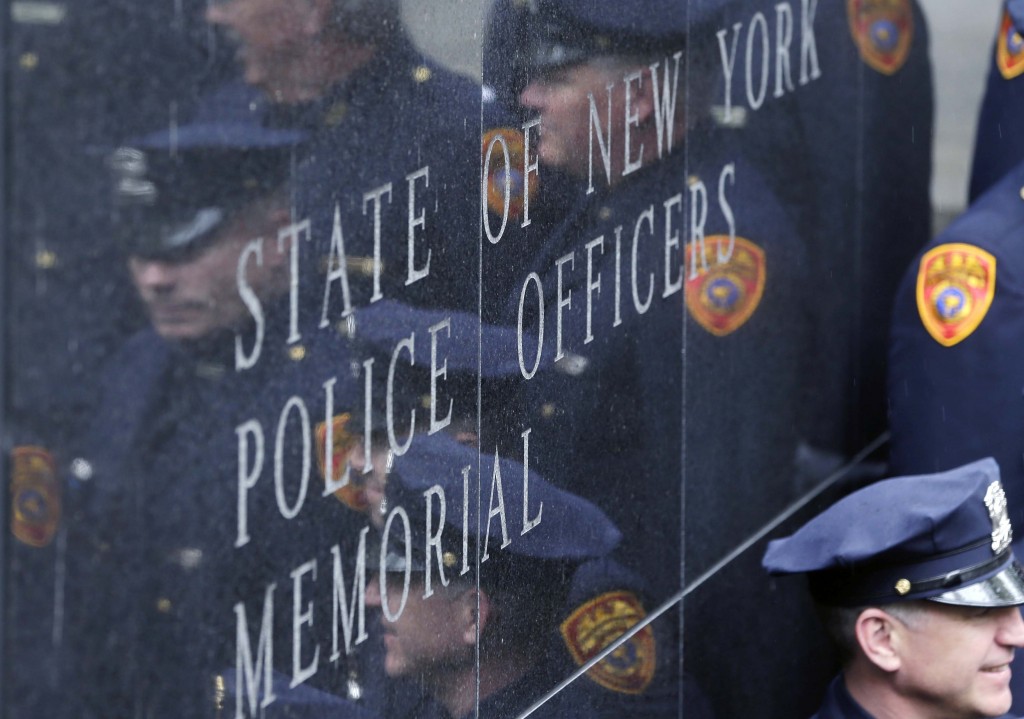 Friends and relatives of police officers who have died in the line of duty on Wednesday afternoon joined state leaders and law enforcement officials for the annual Police Officers Memorial remembrance ceremony in Albany.

The black granite New York State Police Officers Memorial in the Empire State Plaza lists the names of more than 1,300 police officers, state troopers, sheriff’s deputies and other law enforcement personnel who have died in the line of duty. More than half of the officers served with the New York Police Department.