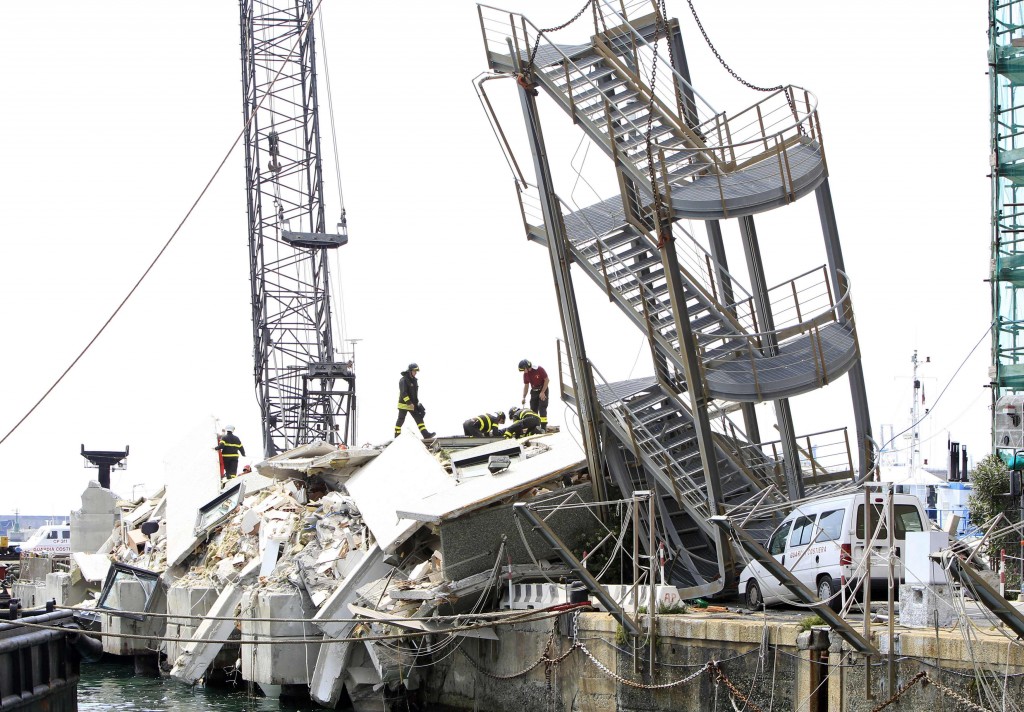 Italian prosecutors placed the captain of the Jolly Nero cargo ship under investigation Wednesday for alleged manslaughter after his vessel slammed into the dock at Genoa’s busy port and toppled the control tower into the harbor, killing at least seven people.

As rescue teams in diving suits searched for two other missing people, officials began piecing together how the 40-ton container ship could have sideswiped the port’s control tower when weather and sea conditions were “perfect” on Tuesday night. The focus was on whether human error or a technical malfunction was to blame.

The crash occurred around 11 p.m. as the Jolly Nero was backing out of Genoa’s port accompanied by two tugboats and with a harbor pilot on its bridge. At the same time, a shift change was taking place among employees at the control tower, meaning more people were in the building than usual.

“This event is unbelievable because we had the best weather navigation conditions,” said Luigi Merlo, president of Genoa’s port authority.