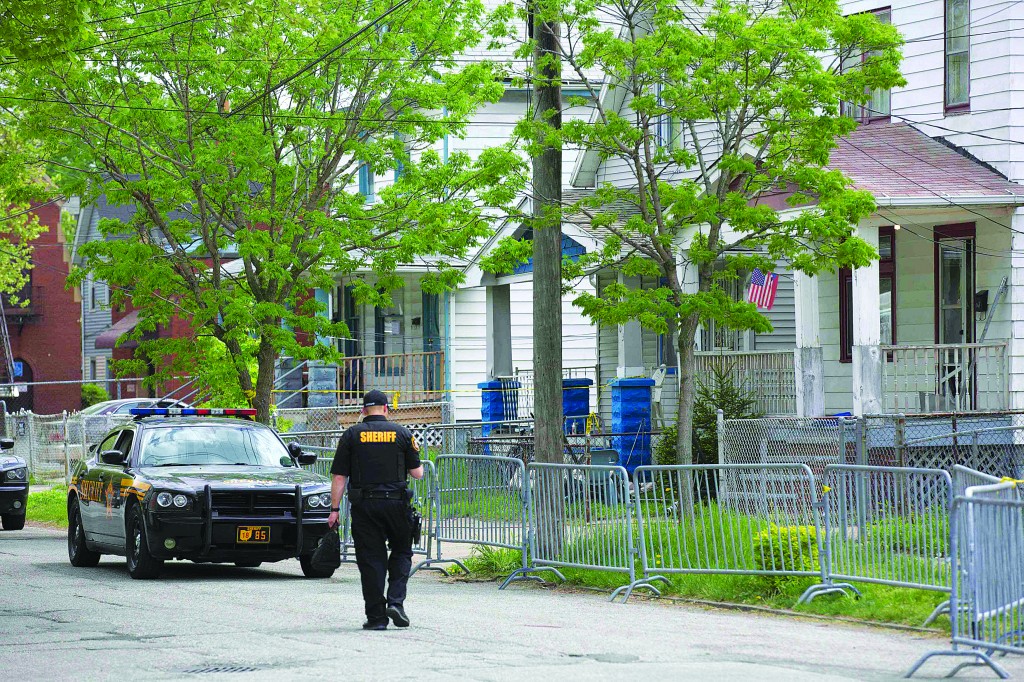 One neighbor says a woman was seen crawling on her hands and knees in the backyard of the house a few years ago. Another neighbor says he heard pounding on the doors and noticed plastic bags over the windows.

Police showed up at the house both times, the neighbors say, but never went inside.

Now, after three women who vanished separately about a decade ago were rescued from the peeling, rundown house Monday in a discovery that exhilarated and astonished the city, Cleveland police are facing questions about their handling of the case and are conducting an internal review to see if they overlooked anything.

Police Chief Michael McGrath said Amanda Berry, Gina DeJesus and Michelle Knight had apparently been held captive in the house since their teens or early 20s.

Authorities arrested three brothers, ages 50 to 54. One of them, former school bus driver Ariel Castro, owned the home, situated in a poor neighborhood dotted with boarded-up houses. No immediate charges were filed.

The break in the case came when the 27-year-old Berry kicked out the bottom of a locked screen door at the home and used a neighbor’s telephone to call 911. Choking back tears, she breathlessly told the dispatcher: “Help me. I’m Amanda Berry. I’ve been kidnapped and I’ve been missing for 10 years and I’m, I’m here, I’m free now.”

“Prayers have finally been answered. The nightmare is over,” said Stephen Anthony, head of the FBI in Cleveland. “These three young ladies have provided us with the ultimate definition of survival and perseverance. The healing can now begin.”

The disappearances of Berry and DeJesus never left the minds of police. Investigators twice dug up backyards looking for Berry and continued to receive tips about the two every few months, even in recent years. But few leads ever came in about Knight, who was the first of the three to disappear, in 2002.

Berry’s mother, Louwana Miller, who had been hospitalized for months with pancreatitis and other ailments, died in 2006. She had spent the previous three years looking for her daughter, whose disappearance took a toll as her health steadily deteriorated, family and friends said.