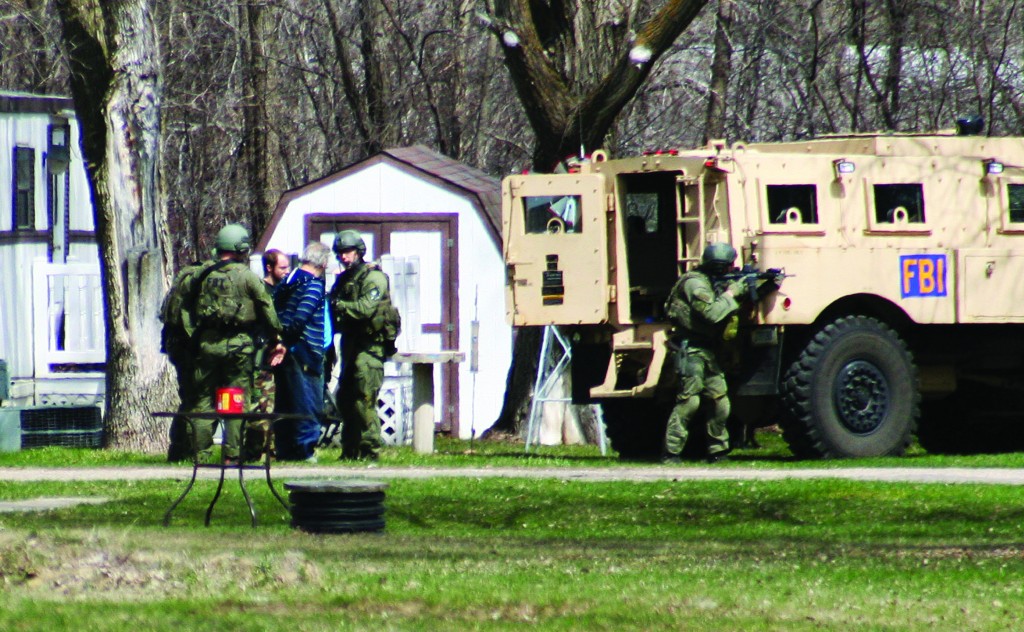 The FBI believes authorities disrupted a terrorism attack that was being planned in a small western Minnesota city after converging on a mobile home that contained Molotov cocktails, suspected pipe bombs and firearms, the agency said Monday.

Buford Rogers, 24, of Montevideo, was arrested Friday and charged with one count of being a felon in possession of a firearm. He made his first court appearance Monday and was appointed a federal defender, but an attorney was not immediately assigned to his case.

“The FBI believed there was a terror attack in its planning stages, and we believe there would have been a localized terror attack, and that’s why law enforcement moved quickly to execute the search warrant on Friday to arrest Mr. Rogers,” FBI spokesman Kyle Loven said Monday.

“This is a very active investigation,” he said. He added that at this point, authorities are “looking at this from a domestic terrorism standpoint.”

“Cooperation between the FBI and its federal, state, and local partners enabled law enforcement to prevent a potential tragedy in Montevideo,” Christopher Warrener, the special agent in charge of the FBI office in Minneapolis, said in the release.