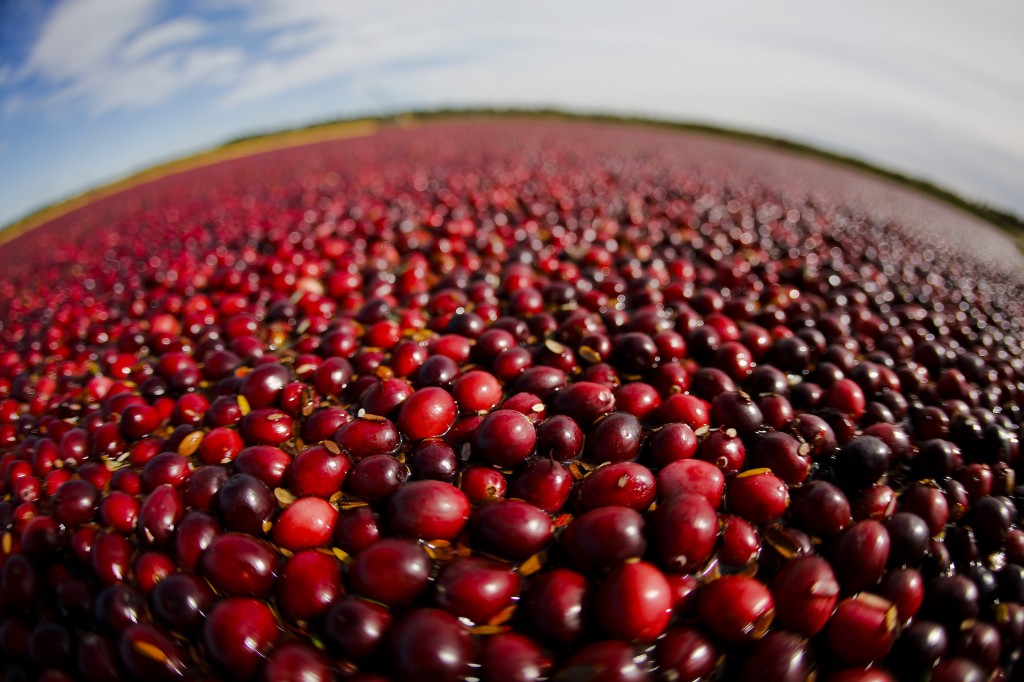 U.S. cranberry farmers, who spent millions of dollars to replant and expand bogs, face a financial crisis after a huge harvest in Canada flooded the market and sent prices plummeting.

Farmers in Wisconsin, the leading cranberry producer, have been working for years to expand their acreage at the request of Ocean Spray and other processors who expected to see strong growth in overseas sales of juice and sweetened, dried cranberries.

Growth has been slower than expected, however, as nations continue to struggle with the Great Recession and its aftermath, said Tom Lochner, executive director of the Wisconsin State Cranberry Growers Association. Growth of 2 percent to 3 percent overseas, coupled with flat demand in the U.S., left farmers with a huge excess of cranberries this fall after an unexpected jump in production in Canada, he said.

“We need to move some fruit,” Lochner said.

Ocean Spray cranberry growers earn more because they own the cooperative and share its profits.

The U.S. Department of Agriculture had predicted the 2012 crop would be worth nearly $48 per 100 pounds. It announced last week that it will buy up to $5 million worth of cranberry products for domestic food assistance programs. Lochner said that will take 110,000 to 130,000 barrels of cranberries off the market, but it falls short of the 500,000 barrels the industry had hoped the government would buy. Each barrel weighs 100 pounds.

The drop in prices comes after many growers invested in replanting or creating new bogs. Before the recession, Ocean Spray had asked its growers to plant 5,000 new acres in the next five to 10 years. Wisconsin and the federal government adjusted their permitting processes in 2008 to foster that expansion.

In Massachusetts, growers have been renovating old bogs to reduce water use and increase productivity, said Dawn Gates-Allen, communications manager for the Cape Cod Cranberry Growers Association. She and her husband replanted a 1 1/2 -acre bog in 2009 at a cost of about $60,000. Along with putting in new vines, they leveled out the bog, which had sunk over time so that one end was two feet deeper than the other. That allows them to use less water.

“To be sustainable and to be competitive as a farmer, consumers want to know we are doing friendly things to our land,” Gates-Allen said.

But if cranberries sell at $35 per 100 pounds, it would take their small farm on the border of Freetown and Rochester 15 years to make back the investment, Gates-Allen said. Right now, prices aren’t close to that.

Overall, the U.S. produced 402,300 tons of cranberries last year, up from 385,700 the year before. It produced 327,700 tons in 2007 before the push for expansion began in earnest. Wisconsin and Massachusetts account for about 85 percent of the U.S. cranberry crop.

Lochner said cranberry farmers understand that while they are getting help from the federal government this year, they have to work to boost sales. The industry’s marketing group, and processors such as Ocean Spray, have worked to introduce the fruit in Europe, with good success in sales of sweetened, dried cranberries. And sales of dried fruit and juice are growing in Mexico and Australia, he said.

They plan to focus next on Asia, specifically China, but Lochner said creating a taste for the fruit that’s native to America takes time.

“A lot of countries don’t even have a word in their vocabulary” for cranberries, he said.