World At Least 20 Dead in Islamist Protests in Bangladesh
World 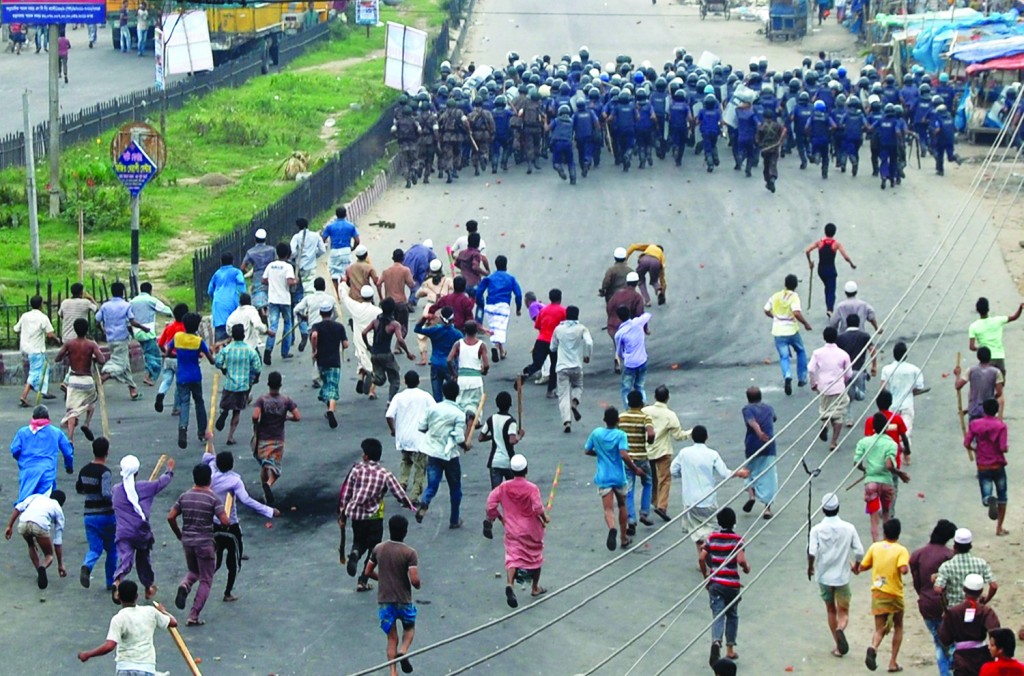 At least 20 Bangladeshis were killed on Monday in clashes between police and hardline Islamists demanding religious reforms, as violence spread beyond the capital Dhaka to other parts of the country.

The clashes began on Sunday after 200,000 Islamist supporters marched in Dhaka to press demands critics said would amount to the “Talibanisation” of a country that maintains secularism as state policy, but they were met by lines of police firing teargas and rubber bullets.

Protesters set fire to vehicles, including two police cars, and stormed a police post on the outskirts of the capital, police said.

Two policemen and a member of a paramilitary force were among the 13 people killed in the capital, said police official Shah Mohammad Manzur Kader.

Five more died in the southeastern city of Chittagong after police opened fire on protesters attacking their station and two were killed in Bagerhat in the south.

On Sunday, four people were killed and hundreds injured in the clashes, according to hospital officials.

U.N. Secretary-General Ban Ki-moon called on all sides to end the violence and express their views peacefully.

Bangladesh has been rocked by protests and counter-protests since January, when a tribunal set up by the government to investigate abuses during a 1971 war of independence from Pakistan sentenced to death in absentia a leader of the main Muslim party, the Jamaat-e-Islami.

The troubles have cast a shadow over economic prospects at a time when industrial accidents, such as the April 24 collapse of a garment factory complex where more than 600 people died, are raising questions about investing and buying cheap products from the country.