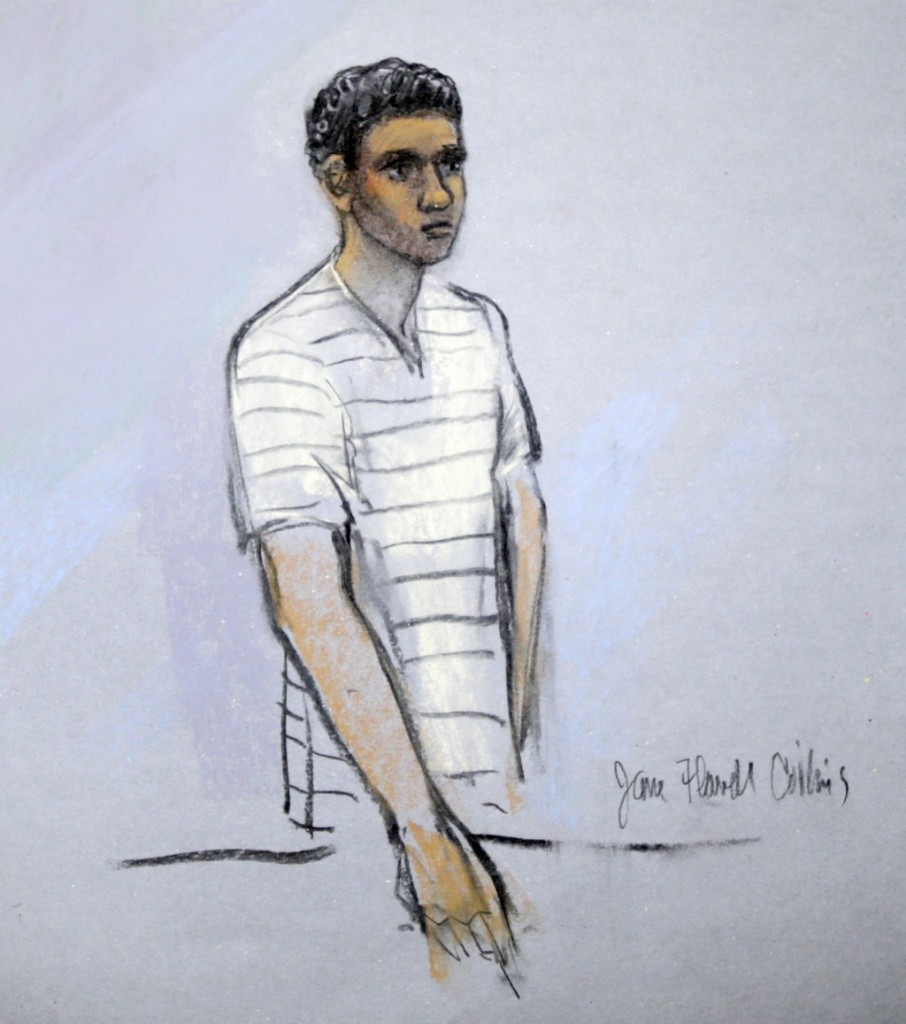 The teenager accused of lying to FBI agents in the Boston Marathon bombing case was freed on $100,000 bail on Monday pending a later trial date, and investigators said bomb fragments suggest they were less sophisticated than homemade ones used by insurgents.

While out on bail, Robel Phillipos will be under the custody of his mother and must wear a GPS bracelet, U.S. Magistrate Judge Marianne Bowler ordered in federal court in Boston. The $100,000 bail for the 19-year-old was secured by real estate put up by a third party, the judge said.

About 60 people, including friends, family and a large contingent from the Boston Ethiopian community, appeared in the courthouse on Monday showing their support.

Defense lawyers argued he was not a flight risk, has no prior criminal history and can refute FBI allegations that he interfered with their investigation, court records show. In affidavits of support filed with the court, Phillipos is described as a social worker’s caring son who read to kindergarten students.

Last week, U.S. authorities charged Phillipos and two 19-year-old students from Kazakhstan with interfering with their investigation as a manhunt for suspects Tamerlan and Dzhokhar Tsarnaev was under way.

Federal investigators, meanwhile, are focusing on two main points in their continuing investigation.

They are examining forensic evidence, most notably computers seized from the suspects and possibly their associates, a U.S. national security official said. They are also focused on a trickle of evidence that is coming in from Russian authorities, the official said.

All the analyses of the bomb fragments and related evidence suggests that the bombs were very unsophisticated, far less so than homemade bombs used by insurgents in places like Iraq.

Investigators believe it is quite likely that the bomb designs at least partly came from the article “How to build a bomb in the kitchen of your mom,” published a couple of years ago by al-Qaida in the Arabian Peninsula’s “Inspire” magazine and then republished earlier this year in a glossy brochure entitled the “Lone Mujahid Pocketbook.”

The family of Tamerlan Tsarnaev, killed in a police gun battle, struggled on Monday to find a burial site for him.

Relatives have said they want to have him buried locally, but several cemeteries in Massachusetts said they would not accept the remains. Under Islamic law, the body cannot be cremated.