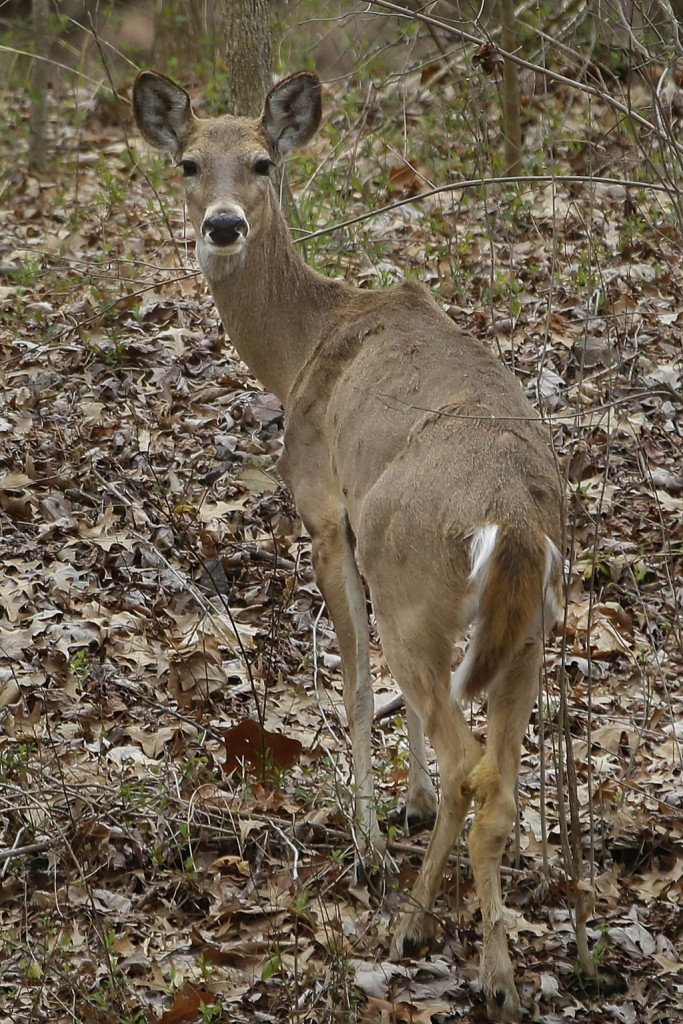 This is the Illinois that many people never see: The sparsely populated southern tip where flat farmland gives way to rolling hills, rocky outcrops, thick forests and cypress swamps.

Blacktopped country roads wend through no-stoplight towns. Locals speak in soft drawls and talk of generations who’ve lived on the same land or in the same villages. The remote and rugged Shawnee National Forest attracts hikers, campers and horseback riders, and offers a stark contrast to the rest of a state that largely has been plowed, paved or suburbanized.

But many here are beginning to brace for change as the Illinois Legislature considers regulations that could set off a rush among energy companies to drill deep in the southern Illinois bedrock for oil and natural gas. The crews would be using a process known as high-volume hydraulic fracturing, or “fracking,” that has transformed the landscape in places like North Dakota and Pennsylvania.

After drilling intensively in many states in the last few years, the industry is now preparing to push into new territory, hoping to tap deposits long considered out of reach. Residents here – and of states like New York and California that are also part of this next frontier – have heard the angry clamor over fracking elsewhere, but most have little experience with the oil industry.

Already, drillers have leased hundreds of thousands of acres throughout southern Illinois, including in scenic Johnson and Pope counties, which hasn’t seen conventional drilling, and where people aren’t sure what to expect if a fracking rush becomes a reality.

Some envision the kind of economic boom they’ve heard about in other states: Tens of thousands of workers drilling for oil and gas, local businesses barely keeping up with demand and many municipal coffers flush with cash.

Others are spooked by stories of housing shortages, towns overrun with strangers, torn-up roads and claims of polluted water, and worry that drilling would forever alter the serenity, beauty and very character of an area they consider special.

“This really is a double-edged sword,” says Ron Duncan, Johnson County’s economic development director, standing on a corner in downtown Vienna, the once-bustling county seat that now has just a handful of businesses and government offices.

“This town could use an economic infusion,” he says, pausing to wave to an elderly man riding his lawnmower around the courthouse square. “But it’s also where people love the rural life, the natural beauty and knowing their neighbors.”

Fracking uses high-pressure mixtures of water, sand or gravel and chemicals to crack rock formations and release oil and natural gas deep underground. Combined with horizontal drilling, it allows access to formerly out-of-reach deposits and has opened large areas of the country for exploration. It has pushed U.S. oil production to its highest level in 20 years, the Energy Department says, and natural gas production to an all-time high, with new estimates that the nation has almost 2,400 trillion cubic feet of recoverable natural gas.

In Illinois, the industry is eyeing the New Albany Shale formation, and could begin drilling as soon as this summer if the legislature passes regulations introduced in February. That’s not a problem for many people in Illinois counties where conventional oil and gas drilling has been going on for over a century.

“Where we operate now, people aren’t afraid,” said Brad Richards, executive vice president of the Illinois Oil and Gas Association. Richards says fracking is safe and concerns about its environmental impact are overblown.

But those in Pope and Johnson counties, areas Richards said might hold significant oil reserves, are divided.

The Pope County Board of Commissioners recently voted to support a 2-year drilling moratorium; bills filed in the Illinois House and Senate calling for a drilling delay have gotten little support.

“We need jobs,” says board chairman Larry Richards. “But will they just bring their own people in, tear our county up, destroy it and then pack up and leave us with a mess?”

Even so, many locals have leased land to oil companies, regarding it as a quick infusion of cash – a one-time payment of about $50 per acre – though they’ll receive royalties if oil production is successful.

Duncan, who raises cattle and hay on about 150 acres, says he also signed a lease, but only to protect himself: His neighbors were leasing, so the drillers could have fracked underneath his land anyway. Plus, he wanted to try to protect a creek that flows through his property.

He worries that fracking could deplete local water supplies, that there already is a shortage of rental housing and that a large stream of strangers might be more than some locals bargained for. But he also understands the wider economic benefit that could come if fracking creates jobs where there are no factories or Wal-Marts; the biggest employers are two prisons near Vienna and the school systems.

The poverty rate in Johnson County is about 15 percent, but it’s almost 20 percent among Pope County’s 4,400 residents.

So fracking is a gamble that many are willing to take.

“It could be a real good thing,” says 23-year-old Frank Johnson, who lives in the Pope County seat of Golconda, a shrinking Ohio River town of 670. He drives an hour each way to his job as a mechanic, but says many of his friends “had to go in the military to get out of town” and get a job.

John Towns, who opened the Sweetwater Saloon in Golconda three years ago after a long career as a river captain, says fracking “sure enough wouldn’t hurt nothing.”

“It wouldn’t bother me a bit,” says Towns, a 62-year-old who’s lived here all his life and watched friends and neighbors move away. “And maybe some of the workers would want to drink a beer.”

But 68-year-old Barney Bush, chairman of a Shawnee Indian settlement in northeastern Pope County, says this area is too special to put at risk for what could be short-term gain.

“This is still a hard place to live in, but it’s everything that’s left to me,” says Bush, who draws his water from a natural spring and hunts the hardwood forests for wild onions, mushrooms and herbs. He fears fracking fluid would spill during drilling and pollute the water, and that the sites would destroy forests and bring hundreds of tanker trucks rumbling through the hills.

“If they poison the water here, that’s not just for a week, that’s for eternity as far as we know,” Bush says.

A regulatory bill setting rules for drilling is lingering in a House committee while industry and lawmakers hash out last-minute details.

Wayne Woolsey, the owner of Wichita, Kan.-based Woolsey Energy Corp., has staked out his land, buying leases in Johnson, Pope and eight other counties.

He says he’s ready to get going: “If this is as good as I think it is, it will be a tremendous opportunity for the state of Illinois – which, by the way, is in great debt.”