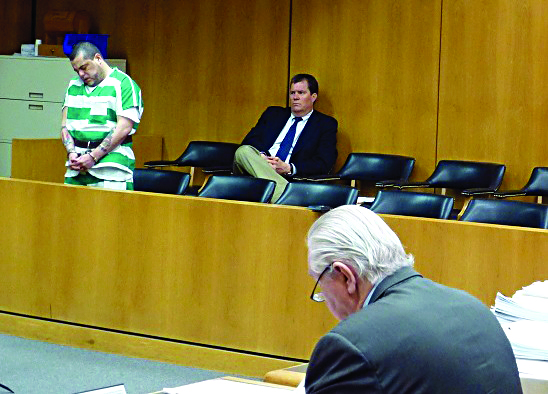 A man convicted of shooting and wounding several police officers, one of whom lost sight in one eye, during a raid on his southern New Jersey home, was sentenced Friday to 45 years in prison.

Jaime Gonzalez will have to serve more than 29 years before he is eligible for parole under terms of the sentence imposed in state Superior Court in Toms River.

The incident occurred in September 2009 when officers raided Gonzalez’s home in Lakewood. The raid was the culmination of a multi-jurisdictional investigation into gun and drug trafficking in the area.

County prosecutors said that after the officers broke down the door to Gonzalez’s home and headed upstairs, he was at the top of the stairs waiting for them and opened fire. During the trial, Gonzalez’s attorney said the officers had unwittingly shot each other in the midst of the bedlam. Gonzalez testified that he fired warning shots when he thought robbers were entering his home.

“I didn’t mean for this to happen,” Gonzalez told the judge after the sentence was announced. “I was just trying to protect my home.”

But Michael Paulhus, the state prosecutor, said that police — who were outfitted with uniforms which said police on them — shouted multiple times at Gonzalez that they were police, but he cursed at them and continued shooting.

“The sentence is appropriate for what he did,” Paulhus told TheLakewoodScoop.com after the sentencing.

Officer Jonathan Wilson was blinded in one eye from his injuries and has since retired from the force. Another officer was shot in the foot and a third was hit in the chest.

Gonzalez was shot several times and hospitalized for several days after the raid.