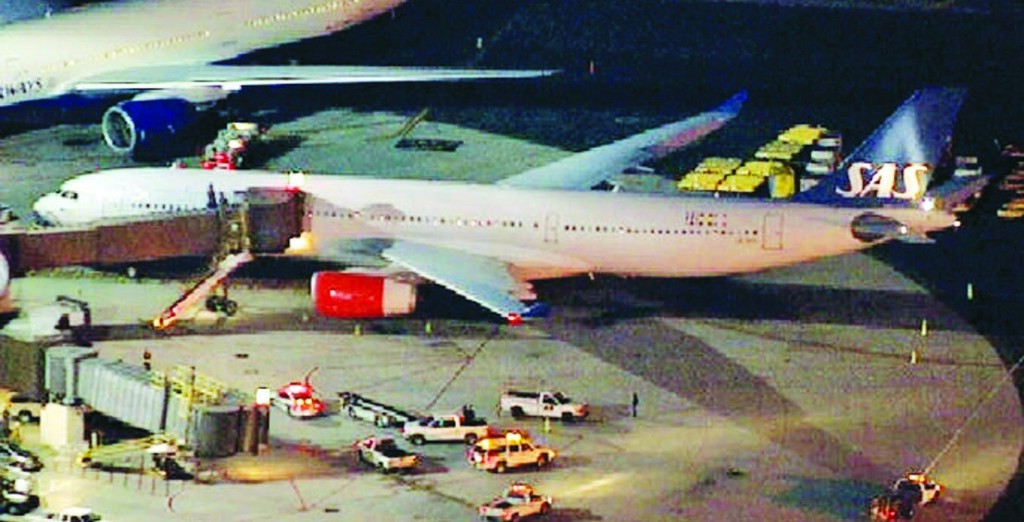 Two airplanes taxiing while preparing for takeoff at Newark Liberty International Airport clipped each other, leaving one of the planes with a portion of its left wing ripped away.

No one was injured when the planes touched around 7:30 p.m. Wednesday at one of the nation’s busiest airports, Federal Aviation Administration officials said. A Scandinavian Airlines plane’s left wing clipped the tail of a United Airlines plane while they were on a taxiway.

Scandinavian Airlines Flight 908, bound for Oslo, Norway, was directly behind ExpressJet Flight 4226, destined for Nashville, Tenn., on the taxiway and was turning right to get onto another taxiway when its wing clipped the ExpressJet plane’s tail, officials said.