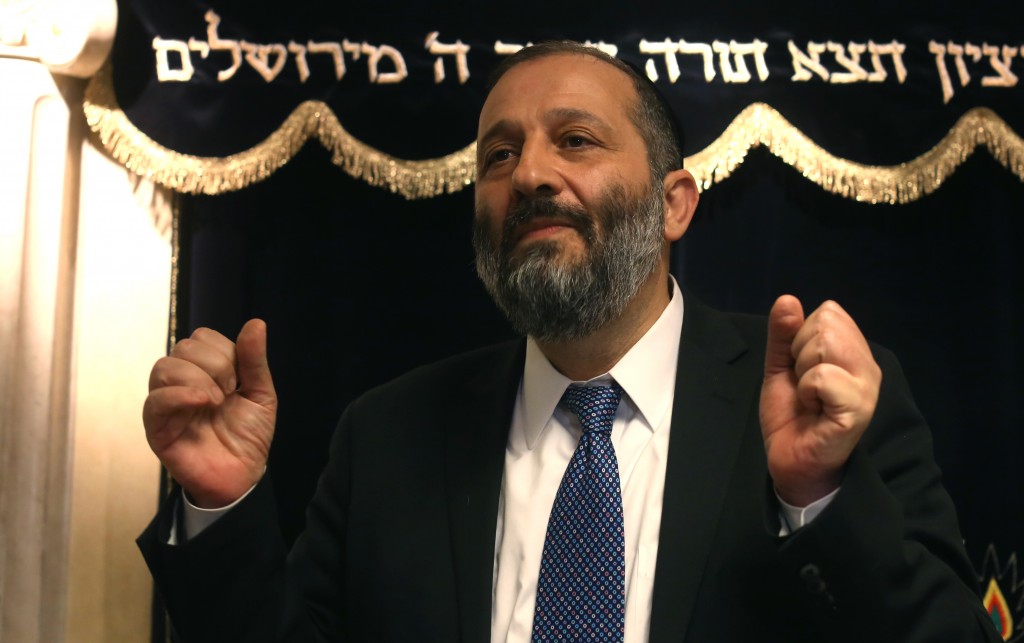 MK Rabbi Aryeh Deri was appointed by Harav Ovadia Yosef, shlita, and the Moetzet Chachmei HaTorah of Shas to serve as the party’s new chairman on Thursday night.

Rabbi Raphael Pinchasi, secretary of the Moetzet, told reporters that the Moetzet had decided to end the shared leadership arrangement that was implemented before the elections in January.

Under that arrangement, former interior minister MK Rabbi Eli Yishai, Rabbi Deri and former housing minister MK Rabbi Ariel Attias headed the party jointly. Even when the triumvirate was created, it was widely understood that it would be a temporary arrangement until after the elections and would be followed by permanent appointments.

Rabbi Deri previously served as the Shas Party chairman until 1999, when, after lengthy, controversial proceedings, he was convicted by a legal system that his thousands of supporters considered biased and unfair. He has always maintained his innocence, and so has Shas leader Hagaon Harav Ovadia Yosef, shlita. When Deri resigned as Shas chairman, he was promised by Harav Yosef that when the law would allow it, he would return to his former position. Ahead of the recent January elections, the first in which Deri was allowed to run, the shared leadership arrangement was announced.

Rabbi Yishai served as the party chairman for the past 12 years. He has now been appointed to serve as the head of Shas’ large education network, Reshet Hachinuch HaTorani, while Rabbi Attias will serve as the party’s Knesset faction chairman.

Rabbi Pinchasi noted that Rabbi Yishai has asked for ten days to consider the appointment.

After the announcement Rabbi Deri issued a statement, and began by thanking MK Rabbi Eli Yishai “who for a very long time, in stormy seas, and during difficult periods—both in the opposition and the coalition—navigated the ship with talent and skill.” He noted that he does not feel a sense of joy at the prospect of the leadership; rather, “We have a task ahead of us. I know how heavy this mission is. We have some very difficult things to achieve, including the government budget and laws that are attempting to change the status quo in the State of Israel on matters of Judaism.” Deri pledged to be a “fighting, fighting, fighting” opposition in the Knesset.

He promised to “make every effort to foster peace and unity” in the party.