World Obama in Mexico for Talks on Economy, Security
World 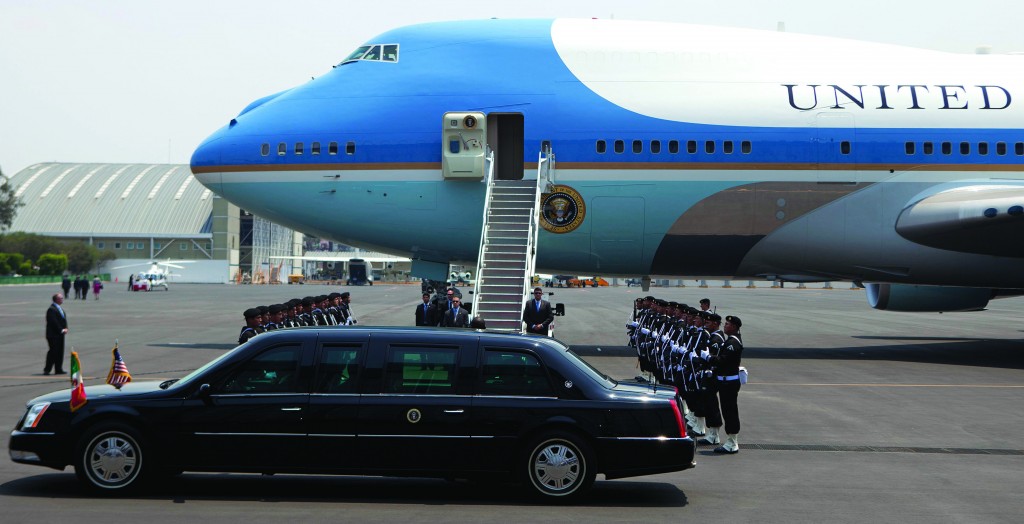 Seeking to put a new spin on a longstanding partnership, President Barack Obama is promoting jobs and trade, not drug wars or border security, as the driving force behind the U.S.-Mexico relationship. But security concerns are shadowing his two-day visit, given Mexico’s recent moves to limit American law enforcement access within its borders.

Arriving in Mexico City on Thursday on his first trip to Latin America since winning re-election, Obama was met at the steps of his plane by an honor guard and a trumpeting bugler. He greeted top Mexican officials before heading to the National Palace for meetings with President Enrique Pena Nieto, who took office in December.

Obama is looking for more details from Pena Nieto about changes he is making to the robust security relationship between the neighboring countries. In a shift from his predecessor, Felipe Calderon, Pena Nieto has moved to end the widespread access U.S. security agencies have had in Mexico to help fight drug trafficking and organized crime.

The White House has stepped carefully in its public response to the changes, with the president and his advisers saying they need to hear directly from the Mexican leader before making a judgment.

“With the new Mexican administration coming into office, it certainly stands to reason that President Pena Nieto would want to take a look at the nature of our cooperation,” said Ben Rhodes, Obama’s deputy national security adviser. “So we’re currently working with the Mexicans to evaluate the means by which we … provide assistance.”

The White House, hoping to move the discussion surrounding the president’s trip beyond security, has emphasized a desire to boost economic ties to Mexico.

The economic relationship between the two countries is already robust. Mexico accounted for $500 billion in U.S. trade in 2011 and ranks as the second-largest export market for U.S. goods. A stronger Mexican economy would result in even more trade and job growth on both sides of the border, Obama aides say.

Among the cadre of advisers traveling with the president is Michael Froman, a longtime White House international economic adviser who was nominated by Obama to serve as the next U.S. trade representative.

A host of other pressing issues are vying for Obama’s attention as he launches his quick trip to Mexico and Costa Rica. Among them are possible chemical weapons use in Syria, the arrest of three more people in connection with the Boston Marathon bombings, and the delicate immigration negotiations under way on Capitol Hill.

On Friday, Obama will speak to an audience of Mexican students before heading to Costa Rica for talks with Central American leaders. His meetings there are expected to focus on bolstering regional economic cooperation, as well as security issues.