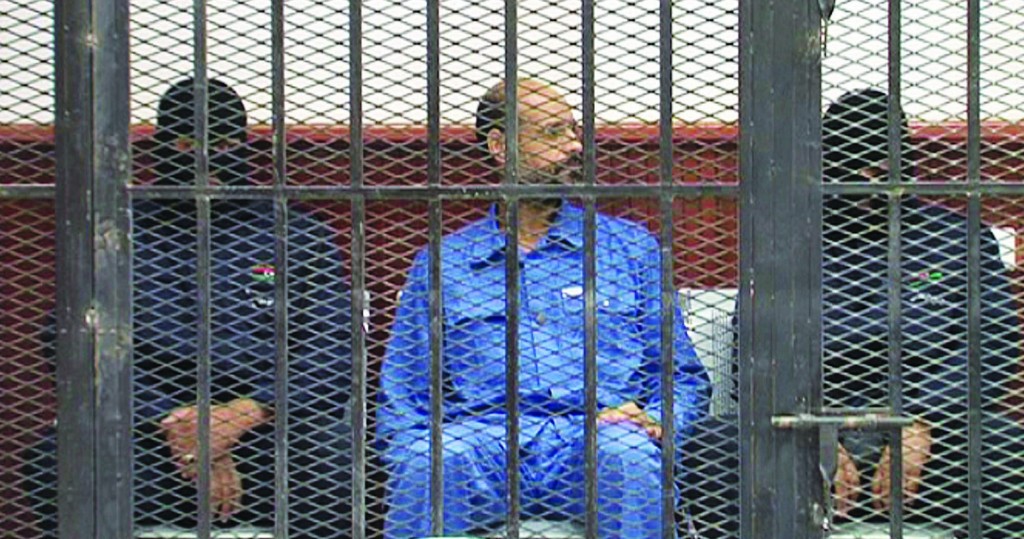 Saif al-Islam, a son of deposed Libyan leader Muammar Gadhafi, appeared in court briefly on Thursday in the town of Zintan, where he had been held since his capture in November 2011.

Al-Islam, at the center of a legal tussle between Libya and the International Criminal Court (ICC), smiled and told reporters he was in good health.

The powerful armed group in Zintan, which spearheaded the capture of Tripoli from Gadhafi’s forces in August 2011, has insisted on keeping Saif al-Islam imprisoned in the town, 90 miles southwest of the Libyan capital.

Once Gadhafi’s presumed heir, Saif al-Islam is wanted by the ICC on war crimes charges, but the case to be heard in Zintan relates to charges that he gave information to an ICC lawyer last year that could endanger national security. Libya, which wants to try Saif al-Islam itself, has yet to indict him for war crimes, although the public prosecutor has said a case is being prepared.

Libyan lawyer Ahmed al-Jehani said he expected the ICC to decide in May whether Libya can handle Saif al-Islam’s trial and that of Gadhafi’s former intelligence chief Abdullah al-Senussi.

“We have submitted a great deal of evidence and documentation to convince them we are able,” Jehani told Reuters, adding that the dossier included medical reports, confessions and witness statements.

“No one can say whether he will get the death penalty,” he said when asked if Saif al-Islam was at risk of being executed in Libya. “It is up to the judge,” he added.