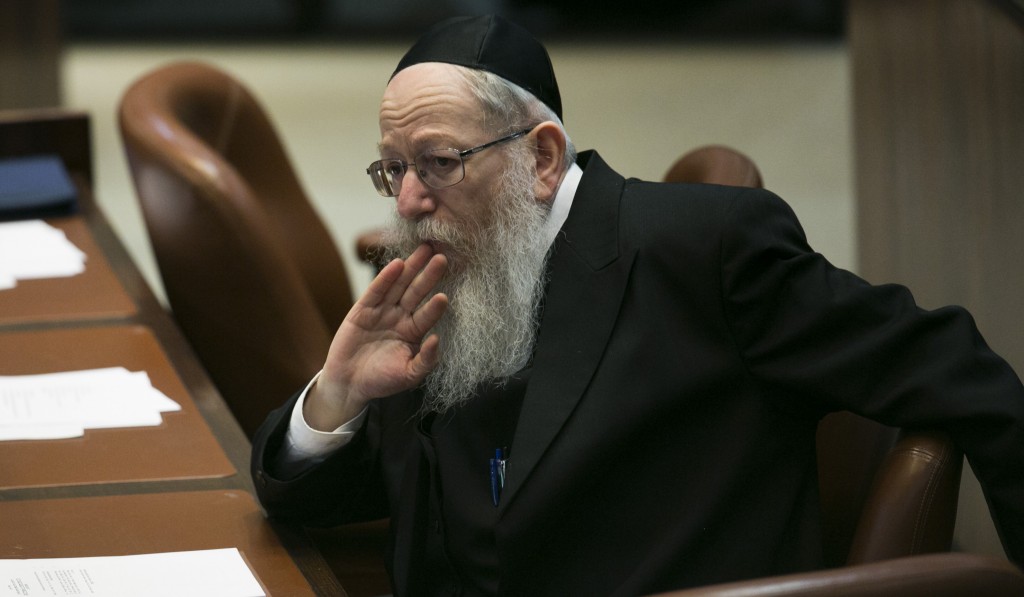 United Torah Judaism MK Rabbi Yaakov Litzman met with Israeli Prime Minister Binyamin Netanyahu on Wednesday to express the deep concern of Hagaon Harav Ovadia Yosef, shlita, over the future of the Torah community in Israel in light of the government’s threat to draft yeshivah students.

The meeting stemmed from a shivah call paid to Harav Yosef by Rabbi Litzman on the recent passing of his son Rav Yaakov Yosef, z”l. During that visit, Harav Yosef asked him to speak with the prime minister on his behalf.

Although Shas leader Eli Yishai meets with Netanyahu on a regular basis and has discussed the issue with him, the request to Rabbi Litzman came in recognition of his special personal relationship with the prime minister, and as part of the Rav’s desire to do everything possible to save the yeshivos.

Rabbi Litzman conveyed to Netanyahu the gravity of the crisis facing the yeshivos and Harav Yosef’s terrible anguish over the possibility that the yeshivos might not be able to maintain their traditional structure without outside interference.

During their discussion, he also stressed the severe financial hardship that Finance Minister Yair Lapid’s proposed budget cuts could bring upon the most vulnerable segments of the population, especially large families.

“This is a grave responsibility that rests upon you as prime minister. There is no ignoring the fact that tens of thousands of Jewish children could be driven below the poverty line as a result of draconian cuts in child allowances,” he told Netanyahu.