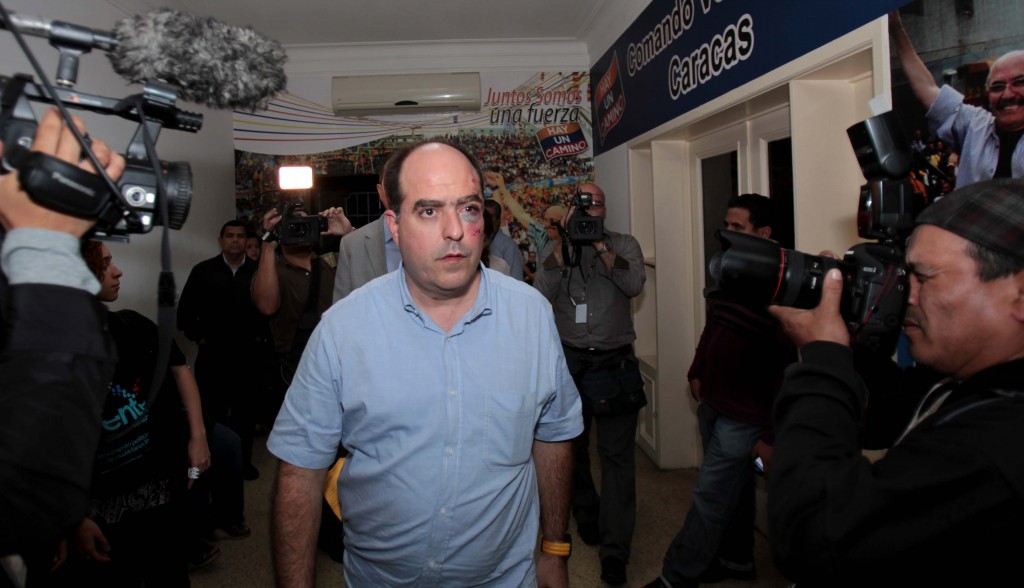 Tens of thousands of Venezuelans filled the streets of the capital Wednesday in rival marches by the opposition and the government less than a day after a brawl on the floor of congress injured several opposition lawmakers.

Opposition candidate Henrique Capriles walked in a crowd of supporters through upscale neighborhoods in the east of Caracas during a march to celebrate International Workers’ Day.

He called for an end to a government crackdown on his backers, and reiterated plans to challenge his narrow election loss in both Venezuela’s court and eventually appeal to the international justice system.

He told reporters he planned to file a challenge in Venezuela’s high court Thursday “in order to make use of all the institutions, all domestic remedies, because we don’t have any doubt that this case will end up before the international community.”

“Sooner rather than later, change will come,” he said. “A better Venezuela for all will come.”

Both sides appeared to be trying to avoid confrontation by choosing separate locations and calling for peaceful demonstrations, although tensions were running high.

Tuesday night’s clash erupted when members of the opposition coalition unfurled a banner in the National Assembly denouncing a ruling that strips them of most legislative powers unless they recognize Maduro’s April 14 victory.

Assembly member Julio Borges appeared on an independent media station soon after Tuesday night’s brawl with blood running down one side of his swollen face. The opposition said at least 17 of its allies and five pro-government deputies were injured.

The opposition has refused to accept Maduro’s narrow victory, saying the government’s 1.49 percent margin resulted from fraud, including votes cast in the names of the thousands of dead people found on current voting rolls.

In retaliation, the government-dominated assembly has barred opposition lawmakers from public speaking and sitting on legislative committees.