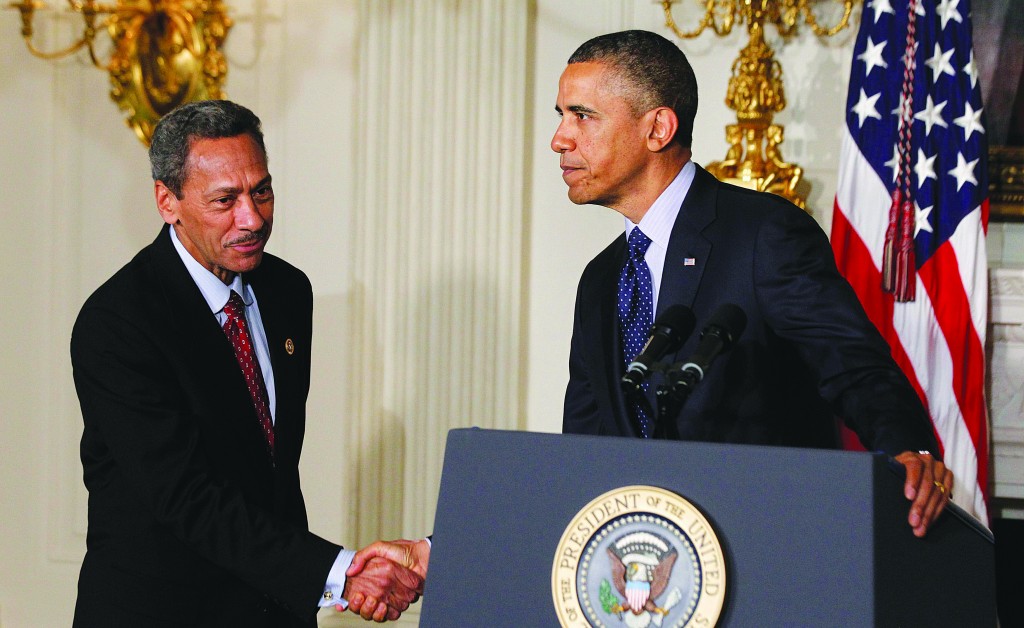 The Obama administration’s selection Wednesday of a North Carolina congressman to head the government’s mortgage-finance regulator appears certain to spark a confirmation battle and renewed debate over the government’s role in backstopping home loans.

Obama announced that he had picked Rep. Mel Watt, a Democrat from the Charlotte area, to head the Federal Housing Finance Agency.

Never heard of it? Don’t worry. Most Americans haven’t, either.

The agency’s job is to oversee the quasi-government titans of mortgage finance, Fannie Mae and Freddie Mac. These two, until the summer of 2008, had operated largely as private enterprises with congressional oversight. Since late 2008, they’ve been in government conservatorship.

The selection of Watt, a career politician who hasn’t worked in banking or finance, touched off immediate controversy. He’ll head a highly technical agency, and his nomination did not sit well with Republicans who want changes in housing policy.

“I could not be more disappointed in this nomination. This gives new meaning to the adage that the fox is guarding the hen house,” Sen. Bob Corker (R-Tenn.) said in a statement fired off minutes after news broke of Watt’s selection and well before the official White House photo op. “The debate around his nomination will illuminate for all Americans why Fannie and Freddie failed so miserably.”

The FHFA has been headed by an acting director, Ed DeMarco, since Sept. 1, 2009. DeMarco has frustrated the administration’s efforts to forgive some mortgage-holder debt and to loosen lending standards to help more borrowers take advantage of today’s low interest rates.

Liberal groups have rallied across the country urging Obama to fire DeMarco, and Corker, a member of the Senate Banking Committee that must confirm Watt, signaled in his statement that Republicans may fight the nomination in order to keep DeMarco in place.

“Before any nominee should be considered for this post, regardless of their qualifications, the administration should explicitly lay out how they will unwind these entities,” Corker said.

Obama looked past the questions of qualification Wednesday when appearing before the cameras with Watt at the White House. He instead focused on Watt’s rise from a humble past to a lawmaker who has defended the little guy.

Watt has served 20 years in Congress, many of them on the influential House Financial Services Committee.