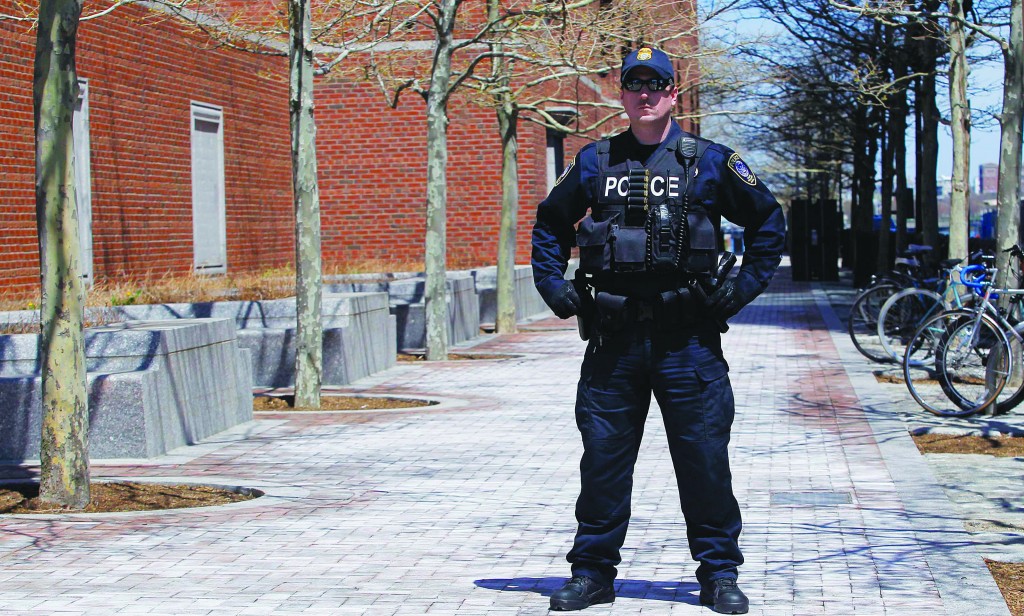 Three college friends of Boston Marathon bombing suspect Dzhokhar Tsarnaev were arrested and accused Wednesday of removing a backpack containing hollowed-out fireworks from Tsarnaev’s dorm room three days after the attack to keep him from getting into trouble.

In court papers, the FBI said one of them threw the backpack in the garbage — it was later found in a landfill by law enforcement officers — after the young men concluded from news reports that Tsarnaev was one of the bombers.

Azamat Tazhayakov and Dias Kadyrbayev, both 19-year-olds from Kazakhstan, were charged with conspiring to obstruct justice by concealing and destroying evidence. Robel Phillipos, 19, who graduated from the prestigious Cambridge Rindge and Latin High School with Tsarnaev, was charged with lying to investigators about the visit to Tsarnaev’s room.

The three were not accused of any involvement in the bombing itself. But in a footnote in the court papers outlining the charges, the FBI said that about a month before the bombing, Tsarnaev told Tazhayakov and Kadyrbayev that he knew how to make a bomb.

The lawyers for the Kazakh students said their clients had nothing to do with the bombing and were just as shocked by the crime as everyone else. Phillipos’ attorney, Derege Demissie, said outside court: “The only allegation is he made a misrepresentation.”

At a court appearance in the afternoon, the Kazakh students did not request bail and will be held for another hearing May 14. Phillipos was held for a hearing on Monday.

Tazhayakov and Kadyrbayev have been held in jail for more than a week on allegations they violated their student visas by not regularly going to class at UMass. All three men charged Wednesday began attending UMass with Tsarnaev in 2011, according to the FBI.

Authorities allege that on the night of April 18, after the FBI released surveillance-camera photos of the bombing suspects and the three men suspected their friend was one of them, they went to Tsarnaev’s dorm room.

Before Tsarnaev’s roommate let them in, Kadyrbayev showed Tazhayakov a text message from Tsarnaev that read: “I’m about to leave if you need something in my room take it,” according to the FBI. When Tazhayakov learned of the message, “he believed he would never see Tsarnaev alive again,” the FBI said in the affidavit.

It was not clear from the court papers whether authorities believe that was an instruction from Tsarnaev to his friends to destroy evidence.

Once inside Tsarnaev’s room, the men noticed a backpack containing fireworks, which had been opened and emptied of powder, the FBI said.

The FBI said that Kadyrbayev knew when he saw the empty fireworks that Tsarnaev was involved in the bombings and decided to remove the backpack from the room “in order to help his friend Tsarnaev avoid trouble.”

Kadyrbayev also decided to remove Tsarnaev’s laptop “because he did not want Tsarnaev’s roommate to think he was stealing or behaving suspiciously by just taking the backpack,” the FBI said in court papers.

After the three men returned to Kadyrbayev’s and Tazhayakov’s apartment with the backpack and computer, they watched news reports featuring photographs of Tsarnaev.

The FBI affidavit said Kadyrbayev told authorities the three men then “collectively decided to throw the backpack and fireworks into the trash because they did not want Tsarnaev to get into trouble.”

Kadyrbayev said he placed the backpack and fireworks along with trash from the apartment into a large trash bag and threw it into a garbage bin near the men’s apartment.

When the backpack was later found in a landfill last week, inside it was a UMass-Dartmouth homework assignment sheet from a class Tsarnaev was taking, the FBI said.

Kadyrbayev and Tazhayakov lived at an off-campus apartment in New Bedford, about 60 miles south of Boston.