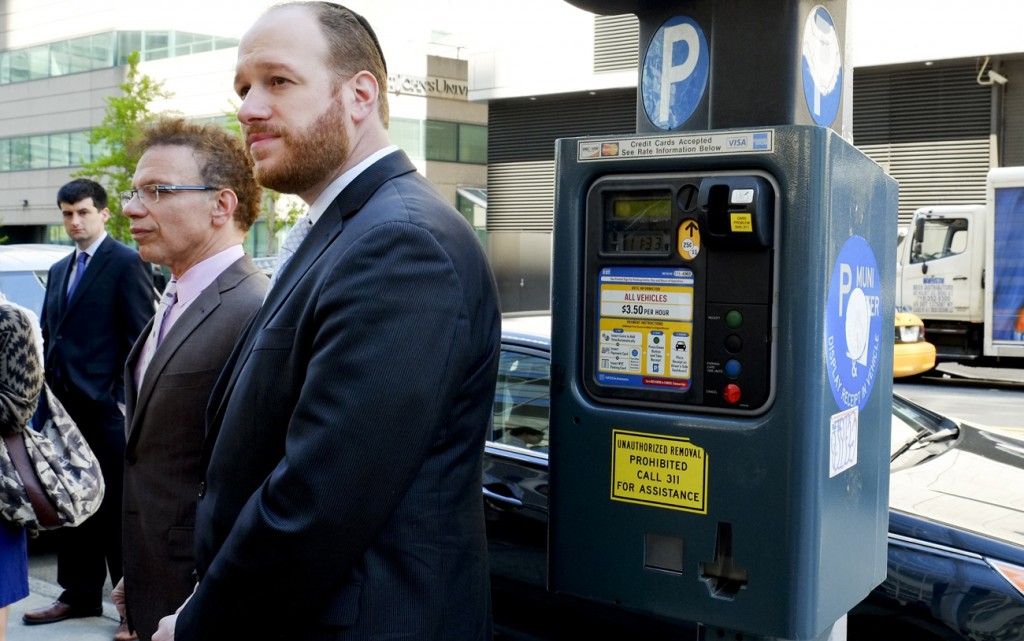 Councilman David Greenfield, City Council Speaker Christine Quinn and Committee on Transportation Chair James Vacca announced new legislation Wednesday that will help drivers and address some of the flaws in the Muni-Meter system.

The Council legislation, to be introduced May 8 at the City Council’s Stated Council meeting requires that Muni-Meters:

• Shut off and not accept payments when drivers are not required to pay for parking;

• Not accept payments when a machine is out of paper needed to print receipts; and

• Resume accepting payments one hour prior to the onset of meter rules at a location.

Passage of the bill, which is expected, solves one of the Muni-Meter’s drawbacks, namely that there is no way to get a refund.

“Muni-Meters are great but flawed,” said Councilmember Greenfield “We’re just trying to fix those flaws. Nothing is more frustrating than paying for a meter and not getting a receipt. And good luck trying to get your money back. This legislation will make parking more fair and more convenient for thousands of drivers in New York City.”

Previously, the City Council had approved legislation, co-sponsored by Councilman Greenfield, that creates a five-minute grace period for drivers so they can pay for parking and not be ticketed before they get back to their cars. Also, traffic enforcement agents must immediately cancel a ticket if the driver shows a receipt that proves it was bought during the grace period. Other legislation allows drivers to use leftover time on a different block, as long as it has the same meter rate.

As we went to press, the Department of Transportation was still reviewing the bill. However, a spokesman for the DOT said in an email to Hamodia, “over 50% of Muni-Meters in our inventory shut off on Saturday and return to service on Monday, and the remainder will have this capacity as we continue to replace our entire inventory with the latest meter technology over the next two years.” He noted that “there is currently a pilot area in Councilmember Greenfield’s district in which meters also turn off on Friday evenings.”

The city completed its transition from parking meters to Muni-Meters this past January.