Israel Netanyahu: Root of Conflict is Not Territory
Israel 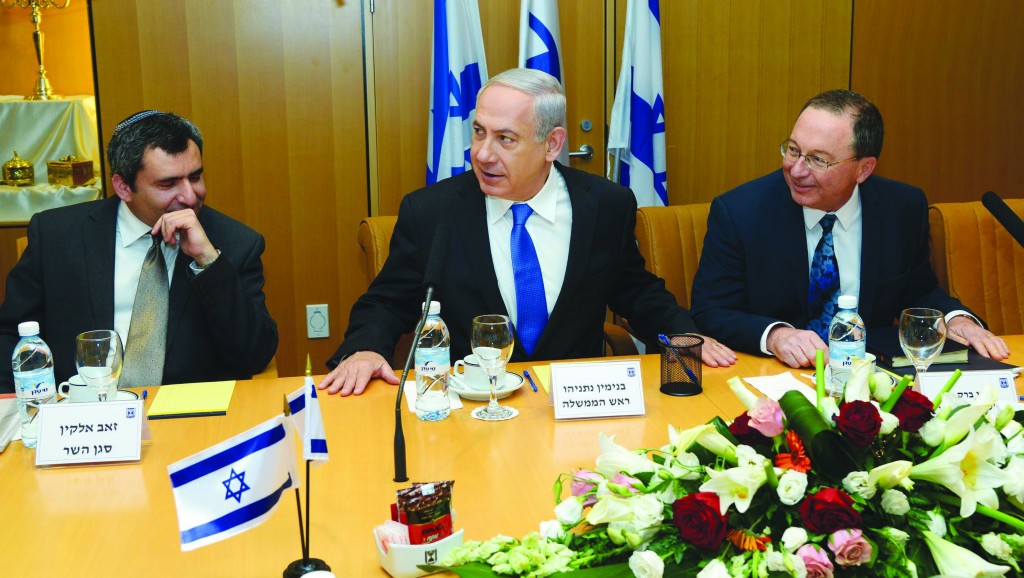 Israeli Prime Minister Binyamin Netanyahu reiterated Wednesday that the conflict with the Palestinians is not about territory, rather the Palestinians’ refusal to recognize Israel as the Jewish homeland, appearing to question the premise of the Arab League’s latest land for peace initiative.

However, Netanyahu did not comment directly on the proposal, a modification of a 2002 Arab plan calling for withdrawal from all territories Israel captured in the 1967 Mideast war in return for a comprehensive peace. Sweetening the offer this week, the Arab sponsor said final borders could be drawn through mutually agreed land swaps.

Netanyahu urged the Israeli diplomats to stress that the root of the conflict is Acre, Jaffa, and Ashkelon. “You need to say that,” he said. “There is no need to apologize, you need to tell the truth.”

Maliki said that the promise was made to Secretary of State John Kerry as a “gesture” on the part of the Palestinians “and in order to prove our true intentions to give a bigger chance to the peace process.”

Also on Wednesday, the Labor party indicated its readiness to enter the government, if necessary, to make a peace agreement possible.

“If we are on the cusp of signing a treaty and [Economic and Trade Minister Naftali] Bennett threatens to quit, we won’t be the opposition, and will re-examine entering the government,” a party source told The Jerusalem Post Wednesday.

MK Binyamin Ben-Eliezer (Labor) was also impressed by the Arab offer, saying, “I have followed the Arab League’s decisions for 50 years, since I was a child, and this is the first time they are talking about ending the conflict and the 1967 borders,” he told Army Radio.

“If due to the diplomatic issue, Bennett leaves and the government breaks up, Labor is in, because there is no shadow of a doubt that if such a miracle occurs,the prime minister will grab the opportunity and will enter negotiations; he knows that he has the Labor party,” Ben-Eliezer stated.

Should the initiative prompt a renewal of negotiations with the Palestinians, it could well cause a rift in the coalition. The Jewish Home party stands opposed to territorial concessions, though it says it has not ruled out negotiations.

However, if concessions are approved in a national referendum, the party will accept the will of the people, a source said.